New video has emerged of the Massachusetts dad charged in connection with his wife’s disappearance – buying smoothies for their kids the day after she vanished.

Brian Walshe is seen pacing at the Press Juice Bar in Norwell, about a 20-minute drive from the couple’s home in Cohasett, the footage posted by WHDH shows.

He was at the store on Jan. 2, a day after his wife Ana Walshe was last seen and two days before he reported her missing.

“It was kind of busy – I was just making stuff so I didn’t really have an interaction with him,” store manager Hannah Connors told the news outlet.

“It was just the transaction at the register and that was pretty much it,” she added.

“I remember he was staying towards the door, towards the entrance,” Connors told the outlet. “Usually, people will go sit down and hang out but he didn’t go over there. He was just waiting for it and he left as soon as he got it.”

Walshe, who was under home confinement on art fraud charges at the time of his wife’s disappearance, was allowed to leave the premises between 8 and 10:30 a.m. to take the three boys to school.

In the clip, Connors is seen walking Walshe out of the store.

“I grabbed the little stopper at the door just to prop it open, and he had the tray so I was like, ‘Oh, let me grab the door,” she told WHDH.

“We know our regulars and stuff, but we were just too busy,” the manager added. “I didn’t have a conversation with him, but just to think he was here is absolutely mind-blowing.”

Walshe had told investigators he took one of his sons to buy a chocolate shake, claiming it was the only place he went that day.

But authorities said he later went to a Home Depot and bought $450 in cleaning supplies – a violation of his parole conditions because all outings must be pre-approved by cops.

Authorities also allegedly found Internet searches Walshe made on “how to dispose of a 115-pound woman’s body,” as well as a knife and blood in the family’s basement.

On Sunday, Walshe was charged with hindering the police investigation into his wife’s disappearance after he claimed she left for the airport to catch a flight to DC on New Year’s Day.

The following day, investigators reportedly found more suspicious materials – including a hacksaw, a hatchet and a rug – at a trash transfer facility in Peabody, a little over an hour from Cohasset.

The Walshes’ three boys are now in state custody. 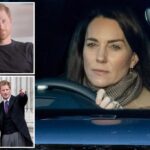 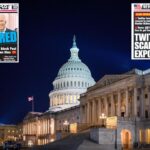