The Massachusetts fraudster charged with misleading the police’s investigation into his wife’s New Year’s Day disappearance asked his landlord whether his property has security cameras last week.

Brian Walshe, 47, reported wife Ana Walshe missing on Jan. 4 — three days after he claims he last saw her, when she left their Cohasset home for a “work emergency” in the early hours of the morning.

A day after reporting her missing Brian called the family’s landlord to ask if there were security cameras on the premises, an NBC10 Boston reporter tweeted Monday.

Another reporter for Boston 25 News also spoke to the landlord and added: “Brian called him last Thursday telling him Ana was missing and asking if he’d seen her.”

The landlord, Peter Capozzoli, confirmed to FOX News there are no cameras at the property. He added he hasn’t been in the house, which has been thoroughly searched by police, since Ana’s disappearance.

He also said Brian always paid rent on time, and the only issue he ever had with the family, which includes their three sons aged between two and six, was that their dog barked too loudly.

Brian was arrested on Sunday for allegeldy hindering the police’s investigation into his wife’s disappearance.

Norfolk County Assistant District Attorney Lynn Beland outlined how he had told police he had “got lost” while driving to visit his mom and had reported shopping at two stores which had no video record of him entering their premises.

He also told officers the only time he left the family home on Jan. 2 was to take his son for ice cream, omitting a visit to a local Home Depot where he was caught on camera and purchased $450 of cleaning materials using cash.

It was also revealed Monday investigators had found blood and a broken knife in the family’s basement. Further searches of a trash processing center near Brian’s mother’s house uncovered a number of grisly items – including a hacksaw and an axe.

In a statement on Tuesday, the Norfolk County District Attorney’s Office declined to elaborate on the ongoing investigation. Questions about the couple’s three young children were directed to the Department of Child and Family Services, with whom they are reportedly in custody.

Brian has been held in jail after he could not meet the $500,000 bail requirement set by the judge. He has not been charged in relation to his wife’s disappearance.

Brian’s attorney, Tracey Miner, pointed out he has been co-operating with the investigation and open with officers, saying: “Mr. Walshe has given several interviews. We have consented to searches of his home.

According to investigators, a search history on Brian’s phone revealed he had looked up  “how to dispose of a 115-pound woman’s body” and how to dismember a corpse.

Meanwhile, Bojana Bogosav, a friend in Ana’s homeland of Serbia, told Boston 25 that concern has been growing among family and friends.

“This is a big story here because a woman from Serbia goes to America, living the American dream, and after that, she disappears, she has a husband, but the husband is very mysterious because he was arrested,” Bogosav said. 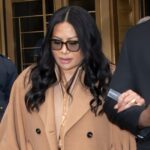