Ouch! Brian Austin Green publicly clapped back at his ex-fiancée Vanessa Marcil for allegedly submitting child support and custody claims against him.

“I just heard that my ex was claiming I spent years taking her to court and asking for child support,” Green, 49, wrote via his Instagram Stories on Thursday, October 13, across a screenshot of what appeared to be a legal document. “How was I a respondent then??? #Factsisfacts #Thetruthshallsetyoufree.”

Green’s snapshot of the alleged paperwork captured his name next to the term “respondent” while Marcil’s name was labeled as “petitioner.” The bottom of the document read, “Partial judgment re: custody.” Marcil, 53, has not publicly responded to her ex’s statement.

The pair, who met on the set of Beverly Hills 90210 in 1999, share son Kassius Marcil-Green. For Green’s part, he also shares children Noah, Bodhi and Journey with ex-fiancée Megan Fox. In June, he welcomed son Zane with girlfriend Sharna Burgess.

Green and Marcil dated for four years until they called it quits in 2003. Following their split, the duo was engaged in a messy custody battle over Kassius, 20, whom they welcomed in March 2002.

In November 2018, the former General Hospital actress spoke out via Instagram about Green’s relationship with their son, alleging that he and Fox, 36, hadn’t seen Kassius in five years.

“[Twelve] years ago, I was served legal papers and then spent 8 years+ defending myself and my son in custody court in response to his father [and] his stepmother trying to get full custody (that means I would have seen my son four days a month) and then asking me to pay them child support,” Marcil wrote at the time. “They lost that case [and] a civil case asking me for $200,000.”

The Soap Opera Digest Award winner then claimed she “never asked for child support of any kind” and added she “had never tried to take time away from Kass’ dad seeing him. Ever.”

Green didn’t publicly address Marcil’s comments at the time. Nearly one year later, Kassius shared via Instagram in July 2019 that he was visiting his dad on the set of 90210, writing, “We’re going to stay her for a bit. I’m here for a bit.”

By September 2020, Marcil suggested that the family dynamic between her, Green and their son had improved by revealing via Instagram that Kassius “was finally invited back into his dad’s life and was able to finally meet his youngest brother and finally see his other two siblings again.”

Reps for Green and Marcil did not immediately respond to In Touch’s request for comment. 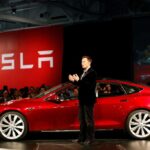 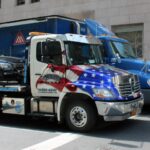 What to Do While Waiting for Your Tow Truck