It’s over. Return to Amish stars Sabrina Burkholder and longtime boyfriend Jethro Nolt have split after more than five years together, In Touch can exclusively confirm. The two broke up in August 2022 and are currently focused on coparenting their children.

Sabrina, 36, introduced her former beau to fans during the season 6 premiere of Return to Amish in March 2021, though they first began dating in 2017. At the time, the former Mennonite was pregnant and expecting her first child with her now-ex.

The Pennsylvania native is mom to five children: son Zekiah and daughters Skylar and Kalani, whom she shares with Jethro, as well as older daughters Oakley and Arianna, who are in the custody of a family member.

Sabrina previously opened up about her relationship to her now-ex, telling In Touch that they knew “each other for a long time” before getting together.

“Jethro’s father is a preacher in the conservative Mennonite church,” the TLC star told In Touch exclusively in January 2019, while pregnant with the former couple’s first child. “I’m excited to have a boy! God has redeemed me and I am so grateful.”

The pair’s relationship was anything but smooth, as they both struggled with substance abuse issues that led to Sabrina suffering a near-fatal heroin overdose in 2018.

“After this, you will not hear from me for a long time,” she shared at the time, adding that she was entering rehab. She ultimately spent six months in a rehab facility that she says completely “changed” her life.

“I’ve been clean now for over three years. I moved out of Pennsylvania and changed my ‘people, places, things,’” she told People in 2021. “ I had to change everything in order to become the person that I needed to be. When you hang out with the wrong people and put yourself in that situation over and over, you’re never going to get better. You have to be willing to do whatever it takes.”

“Honestly, my addiction was probably the hardest part of my life, so being sober and having children isn’t that hard,” she added. 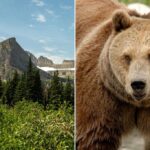 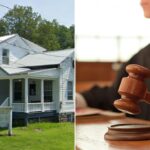