Brazil’s president fired his army chief Saturday in the wake of attacks on the presidential palace earlier this month.

Inacio “Lula” da Silva fired Julio Cesar de Arruda less than a month after he was sworn as head of the military by his predecessor, Jair Bolsonaro.

Thousands of rioters invaded government buildings and destroyed priceless artwork and other artifacts at the presidential palace in Brasilia on Jan. 8.

The melee was organized by Bolsonaro loyalists who claimed that the election had been stolen from him. Da Silva, known as Lula in Brazil, won last year’s election by just over one percentage point.

The appointment came a day after Ribeiro Paiva described the Jan. 8 attacks as “the political earthquake” and vowed to uphold democratic principles. 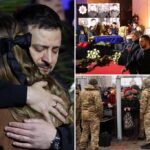 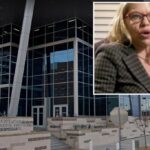