Wild video captures a passenger aboard a Thai Smile Airways flight being assaulted after he refused the crew’s instructions to raise his seat before takeoff.

The incident took place in Bangkok on Monday as the plane was about to depart for Kolkata, India, NDTV reported.

Flight attendants instructed the passengers to adjust their seats to the upright position and buckle their seatbelts – but one of them refused, saying he had a backache.

Despite repeated requests, the man steadfastly refused to comply and told the crew they could report him to the captain if they wanted.

Soon afterward, other passengers got tired of his antics and took the matter into their own hands.

Footage shot by a fellow traveler shows several people attacking the man, who tried to defend himself from the repeated blows as the crew tries to restore order.

In a statement posted on Twitter, the airline said the “incident has been taken care of” as it “followed the flight safety procedures in accordance with international standards.”

“Our flight crews have already provided support to the persons affected by an incident,” it added.

The flight was delayed as a result of the fracas, in which no serious injuries were reported.

The passengers involved in the brawl were not allowed to order alcoholic beverages during the flight.

The Bureau of Civil Aviation Security said it is reviewing the video and investigating the matter. 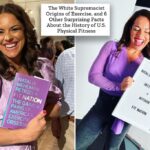 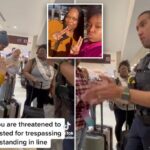