A Georgia teen claims he was pulling a prank when he walked into a vape store masked, armed, and demanded specific products from the clerk.

On Thursday night, a man wearing a mask and dark clothing walked into the Smoke Stars Vape shop in Canton, Georgia, and pulled a gun on the clerk. Surveillance video shows the man pointing his weapon at the cashier and demanding he hand over certain products.

Then, bizarrely, the gunman bursts into laughter. He removes his mask and tells the terrified clerk he was just kidding.

“Oh my God, bro. Oh my God, I got you,” the man says. He tells the clerk the weapon was “just a freaking airsoft gun,” and then leaves with an apology.

But police say it was no joke.

Deputies with the Cherokee County Sheriff’s Office used the surveillance footage to identify the man as 18-year-old Brandon McMahon, a student at Woodstock High School. They have charged him with criminal attempt to commit armed robbery, Fox 5 Atlanta reported.

The sheriff’s office says McMahon claimed he was pulling a prank for a YouTube video, but they don’t believe him.

“There’s no other person there with him, no one was videotaping him, he does not have a YouTube channel as he states,” Capt. Jay Baker told Fox 5.

Baker cautioned that if it were a prank, it’d be a stupid and dangerous one.

“Something like that happens, not only could the clerk shoot you, a bystander might try to protect the clerk, it’s very dangerous,” the captain said.

However, investigators say this was a real attempted robbery where the suspect got cold feet.

Police said McMahon claimed the firearm was just an airsoft gun, but upon a search of his home they found a .357 Magnum they believe was used in the crime.

“This was an actual armed robbery that he changed his mind about during the act and tried to downplay it and leave the scene,” Baker said. 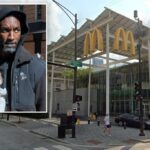 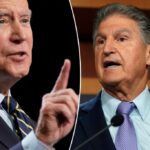