Actor Ben Savage, best known for starring on the hit ABC sitcom “Boy Meets World,” is set to make a bid for Congress.

According to paperwork filed with the Federal Election Commission Wednesday, Savage’s run as a Democrat will be in California’s 30th District seat, currently held by Rep. Adam Schiff, D-Burbank.

Per Deadline, Schiff is expected to run for US Sen. Dianne Feinstein’s seat, however, that has yet to be confirmed.

Savage’s dip into politics comes as no surprise following his unsuccessful bid for a seat on the West Hollywood City Council last year.

The 42-year-old said he decided to run because “people have become disappointed with the direction the city is heading.”

“I have seen this city grow to become one of the most thriving cities in the country – with extraordinary restaurants, hotels, nightlife, and culture,” he said in a statement at the time.

Savage portrayed Cory Matthews on “Boy Meets World” from 1993-2000 and its spinoff “Girl Meets World” from 2014-2017. During his on-screen stint, he graduated with a degree in Political Science from Stanford University.

As part of his studies, Savage interned for then-Sen. Arlen Specter, R-Pa.

The actor, who is the younger brother of actor and director Fred Savage, last week announced his engagement to longtime girlfriend, Tessa Angermeier.

Taking to Instagram, Savage wrote, “The best is yet to come.”

The pair, who began dating in 2018, have kept their romance out of the spotlight for the most part. 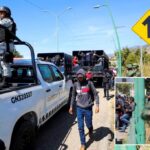 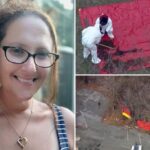