A Boston woman has been charged with arson for allegedly setting her apartment building on fire because it was “haunted,” officials said.

“I had to do it. That house is haunted. I lit the house on fire,” Rivera reportedly told booking officers.

“The devil made me do it, there are ghosts in my house.”

Rivera, 45, allegedly started the blaze on the first floor of the 74 Mora St. home. The two-alarm fire quickly spread through the three floors of the wood-frame home to the roof.

Two residents on the second floor were rescued by Boston firefighters. One of the neighbors was taken to a local hospital and treated for smoke inhalation.

She reportedly told a witness, “I’m sorry, I had to do it,” before walking away from the inferno.

Police later found Rivera and said she admitted to the crime.

The fire left the left side of the home charred, images shared by the fire department show. The glass on windows throughout the whole house were blown out and shattered.

Rivera was arrested and charged with arson. A judge ordered her to undergo a mental health evaluation at the Massachusetts Department of Mental Health Worcester Recovery Center and Hospital, according to District Attorney Kevin Hayden.

“It’s fortunate that this woman’s actions did not result in any residents or responders being seriously injured or killed. Her statements are obviously disturbing and an immediate evaluation is the proper next step,” Hayden said. 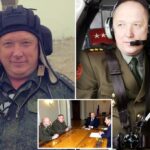 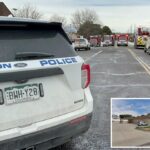