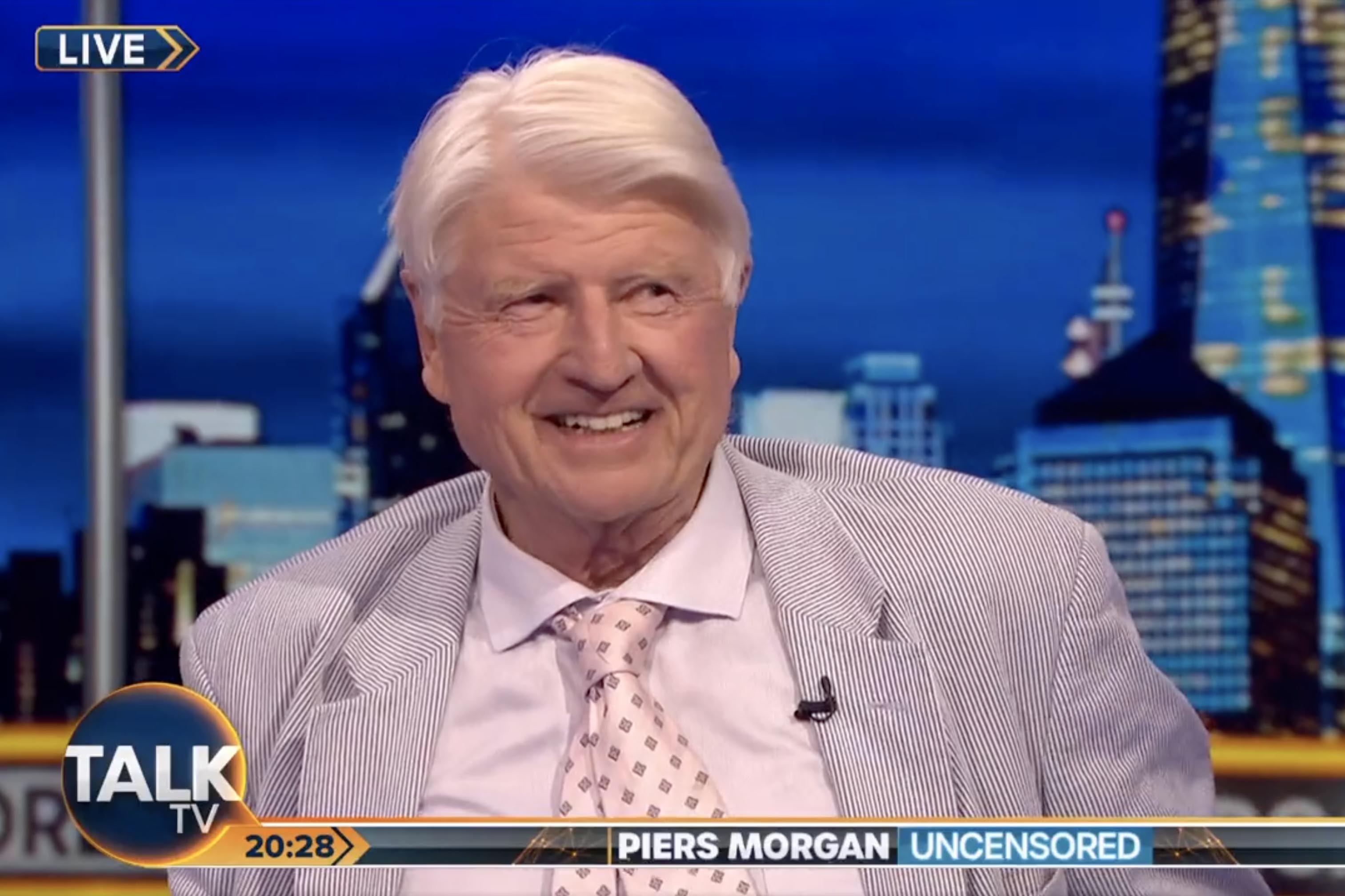 UK Prime Minister Boris Johnson’s father walked out of his interview with Piers Morgan after being asked questions about his son’s infamous “partygate” scandal.

Appearing on Piers Morgan Uncensored on Tuesday, Stanley Johnson, 81, said he strongly believes his son will remain as the nation’s leader in two years’ time as he defended his actions despite the recent string of scandals.

During Stanley’s interview, he got up and walked off set after insisting his son made all the right calls on pressing political issues but slipped after having one drink on his birthday.

“It’s not about the drink,” Morgan said on air. “It’s about having a party which breaks its own law when he was telling other people, ‘You can’t do this.’ It’s the doing one thing, and preaching another.”

“He broke his own law Stanley,” Morgan responded, to which Stanley said, “Come on Piers… OK. I think that it is time to move on from that.”

“You know, it was a situation where, yes, he had a drink… he had a glass in his hand and that is it. And that was the end of it,” the Prime Minister’s father added.

He continued, “As far as I’m concerned, it’s high time we moved on to things which really matter, the things he is doing now.”

After the exchange, Morgan brought the interview to a close, saying, “It is great to see you, [and] as always an effervescent presence.”

“You are a cheater, I’ve got to tell you Piers,” Stanley told the host. “You know, you lured me in here.”

“I’m a trophy hunter, I lured in the trophy,” Morgan interrupted, to which Stanley responded, “I don’t think I am a trophy.”

Morgan went on, “There’s nothing wrong with defending your son and we got to talk about trophy hunting and your book.”

Morgan added, “The words you’re looking for, Stanley are ‘Thank you, Piers.’”

Before the talk show host could cut to the commercial break, Stanley got up out of his seat and walked off the set.

“I think he’s going to go and get Boris out of the fridge,” Morgan joked.

The British Prime Minister last month breathed a sigh of relief after barely surviving a no-confidence vote by members of his Conservative Party after an official report found him and his staffers breaching rules on several occasions, now famously dubbed as “partygate.”

The term refers to the 16 social gatherings the prime minister and staffers attended during the period when Johnson and the British government imposed strict social distancing measures and limits on gatherings during the height of the COVID-19 pandemic.

A highly anticipated report from civil servant Sue Gray on the scandal released last month found that the behavior of the government was “difficult to justify” as it asked citizens “to accept far-reaching restrictions on their lives.”

Earlier this year, Johnson was fined by police for attending one party, making him the first prime minister sanctioned for breaking the law while in office.