Legislation meant to control the migration crisis at the US-Mexico border will be first on the agenda if Republicans win back the House of Representatives this week, GOP Leader Kevin McCarthy said Monday.

​​“The first thing you’ll see is a bill to control the border first,” McCarthy (R-Calif.) told CNN in an interview. “You’ve got to get control over the border. You’ve had almost 2 million people just this year alone coming across.”

President Biden has been criticized for rolling back many of the hardline immigration and border policies of former President Donald Trump upon taking office in January 2021.

Those moves, critics say, triggered a run on the frontier that culminated in more than 2 million arrests of illegal border-crossers in the 12 months ending Sept. 30, according to figures from US Customs and Border Protection.

“I think ‘Stay in Mexico’ you have to have right off the bat,” McCarthy said, referring to the Trump-era policy that requires migrants to remain south of the border while their court proceedings are underway.

The top House Republican added that a Republican Congress would focus more attention on the smuggling of deadly fentanyl from China via the border region.

McCarthy, the odds-on favorite to be House Speaker if Republicans flip the net of five seats necessary to regain the majority, also said a GOP-led House would likely investigate the chaotic military withdrawal from Afghanistan, the origins of the COVID-19 pandemic and the Justice Department’s handling of protests by parents at school board meetings.

Some Republican House members have also urged McCarthy to open up investigations into first son Hunter Biden to determine if his business dealings in Ukraine and China – outlined in a series of reports by The Post in October 2020 – have compromised national security. ​

McCarthy left the door open Monday to impeaching Joe Biden himself – ​which some Republican House members have already been clamoring for.

“We will never use impeachment for political purposes,” McCarthy told the outlet. “That doesn’t mean if something rises to the occasion, it would not be used at any other time.”

On foreign policy, McCarthy said a Republican-majority House would more closely scrutinize the administration’s spending on Ukraine as Kyiv fights off Russia’s invasion.

“I’m very supportive of Ukraine,” he said. “I think there has to be accountability going forward. … You always need, not a blank check, but make sure the resources are going to where it is needed. And make sure Congress, and the Senate, have the ability to debate it openly.”​

McCarthy wouldn’t predict how many seats Republicans will take in Tuesday’s elections but said he was confident that it will “be at least enough to win the majority.”

A pickup of 20 seats would give Republicans 233 House members, a working majority on par with what Democrats netted in 2006, when the party ended 12 years of GOP control.

To curb escalating crime in the US, McCarthy said Republicans would ensure that police are fully funded, receive grants for recruiting and training as well as examine how crimes are being prosecuted.

To reduce inflation, which has hit a four-decade high under the Biden administration, McCarthy said Republicans would cut government spending and make the country energy independent.

Any legislation passed by a GOP-led House would have a difficult time overcoming the 60-vote threshold in the Senate and the president’s veto pen.

But McCarthy said Republicans would demand spending cuts in exchange for their votes to fund the government and raise the national borrowing limit when that comes up for a vote next year.

“If you’re going to give a person a higher limit, wouldn’t you first say you should change your behavior, so you just don’t keep raising and all the time?” McCarthy said. “You shouldn’t just say, ‘Oh, I’m going to let you keep spending money.’ No household should do that.”

Asked about whether his negotiating ploy could lead to the government defaulting on its debt, McCarthy dismissed the contention.

“People talk about risking it. You don’t risk a default​,” he said. 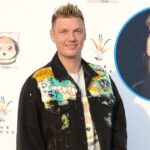 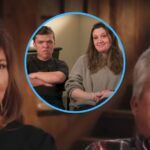