A US Border Patrol agent was killed in an accident while chasing a group of illegal immigrants, according to a Texas congresswoman.

The agent, Raul Gonzalez, was involved in a chase near Mission, Texas, Wednesday when he crashed his all-terrain vehicle, the chief of Border Patrol tweeted.

The 38-year-old agent was traveling at high speed when he crashed into a gate, according to Fox News. The father of two was taken by fellow agents to the hospital, where he later died.

“The death of an agent who dies while securing our nation’s border is a tremendous loss to our organization and our nation,” said US Border Patrol Chief Agent Raul Ortiz.

Gonzalez is the sixth Border Patrol agent to die on the job this year, according to agency statistics.

This year has been less deadly than previous years, as the agency saw 35 killed in the line of duty in 2021.

The line-of-duty death comes as the Border Patrol and its parent agency, US Customs and Border Protection, are struggling to deal with a record number of suicides, with eight taking their lives this year, three of which were in November alone.

The agency is simultaneously dealing with an unprecedented border crisis, as understaffed and overworked Border Patrol agents encountered the highest number of migrants ever to attempt to cross the border — more than 2 million in fiscal year 2022.

Agents are also on the front lines of a humanitarian crisis, as record numbers of migrant deaths are happening at the border, as well as over 152,000 child migrants arriving at the US southern border without parents.

The death of Gonzalez comes a day after President Biden declined to visit the border during a trip to Arizona.

“Why go to a border state and not visit the border?” a reporter asked Biden on the White House lawn as he left for Arizona.

The president replied, “Because there are more important things going on,” and referred to the fact that companies were going to invest lots of money into manufacturing semi-conductors, which was the primary purpose of his trip.

Biden has declined to visit the border during his presidency, while Vice President Kamala Harris, the president’s supposed border czar, has only visited it once, in June 2021. 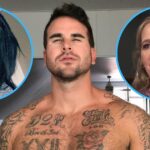 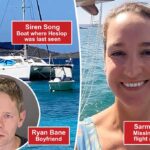