Democrat Rep. Henry Cuellar conceded that ​the southern US border is “obviously” not secure, as he urged President Biden to step up deportations of immigrants trying to enter illegally.

C​uellar said there are two types of people arriving at the US border, fueling the immigration crisis that has seen a record 2 million encounters this fiscal year.​​

“What we’re seeing is two profiles of individuals: The people that turn themselves in, the family units, the unaccompanied kids,” ​he said.

But he said his pleas to the Biden administration to institute strict penalties against violators have been ignored.

“Obviously the border is not secure and I’ve been saying this for so many years,” he insisted.

Republicans have criticized the president for rolling back many of the Trump administration’s immigration policies as soon as he entered the White House, including the “Remain in Mexico” that allowed border officials ​to send asylum-seekers back across the border while they await their decisions on their applications.

Cuellar also said the border security should be beefed up by adding more personnel, technology and cameras.

Border officials’ encounters with immigrants have soared​ to more than 2 million in fiscal year 2022, which ends Sept. 30, according to figures from Customs and Border Protection.​

The crisis has led some Republican governors – Greg Abbott of Texas and Ron DeSantis of Florida – to ship immigrants to cities inside the country, including New York, Washington, DC, and​ even the liberal oceanside enclave of Martha’s Vineyard. 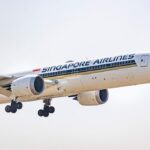