A body was found Tuesday in the search for an Oklahoma father who vanished in Texas while in town for his toddler’s liver transplant, according to reports.

Ridge Cole, 28, was last seen at a Ronald McDonald House in Houston, though a body was pulled from Brays Bayou Tuesday, officials said, according to local reports.

“HPD Dive Team members are on scene of a body observed in Brays Bayou in the 4500 block of Martin Luther King Blvd about 12:10 pm,” Houston police tweeted.

It has not been confirmed if the body is Cole’s, but a search and rescue organization, Texas EquuSearch, said clothes on the body were similar to what Cole was wearing before he disappeared, according to KTRK.

The father was in the area for his 1-year-old son’s transplant and was staying with his family at the Ronald McDonald House that is near Texas Medical Center, the television reported.

Cole reportedly went out for a smoke and when he didn’t return, his wife used a phone tracker to see where he might be, said Mark Edwards, of Texas EquuSearch, according to the Houston Chronicle.

The phone traced back to Brays Bayou where some of his belongings were found, Edwards reportedly said.

“There was a shoe found on the bank. Clearly leads us to believe he’s been in the water,” Mark Edwards, of Texas EquuSearch, told KTRK.

Houston police were using drones to search through a section of the bayou before the unidentified body was found Tuesday, Edwards said, according to the Chronicle.

Cole and his family were in the Texas city for the previous two weeks as his son recovers from the transplant that requires a lot of post-surgical care, Edwards reportedly said. 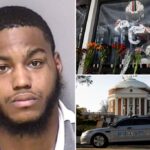 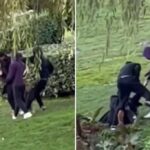