New Mexico authorities followed a trail of blood to a little Bengal tiger after gunfire rang out near a trailer Tuesday afternoon, according to officials.

The young tiger, only a few months old, was found trapped inside a dog crate by officers as they searched for a possible gunshot victim in Albuquerque, authorities said.

Albuquerque police officers originally came on the scene when they received reports of a shooting outside a business and found one person with a gunshot wound to the leg, police said. The victim was an innocent bystander who was hit with a stray bullet, police said a preliminary probe indicates.

Then cops heard another gunshot from inside a mobile home and found Kevin Gerardo Vargas Mercado armed with a semiautomatic handgun with an extended magazine, officials said.

He was taken into custody without incident before they followed a blood trail to the nearby trailer.

Inside the trailer officers didn’t locate an injured person, the police department said, but the 20-pound tiger was found and taken into the care of the New Mexico Game and Fish.

The agency said the tiger is in good health and will reside temporarily at a local zoo until an investigation is concluded and a new permanent home is found for the animal. 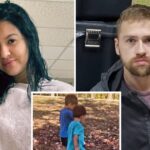 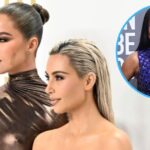