In a nation where a protest message could get a person jailed, Chinese regime opponents are calling for a new chapter with a blank page.

The blank sheet of paper has become a symbol of resistance among those protesting Beijing’s COVID lockdown policies, showing up at protests across the nation.

The tactic is the latest in a protest against China’s so-called zero-COVID policy, which calls for strict, months-long isolation in order to curb the spread of COVID-19.

While the policy has kept case numbers and deaths down, tolerance for the strict controls has waned, with people in some regions confined to their homes for up to four months.

Protests erupted over the weekend, following a deadly fire Thursday in the western Chinese city of Urumqi, which had been under lockdown for 100 days. The fire killed 10 in an apartment building, leading many to say emergency response was hampered by the pandemic restrictions.

“The white paper represent[s] everything we want to say but cannot say,” said Johnny, 26, a student in the capital city of Beijing, who took part in the weekend protests.

“I came here to pay respects to the victims of the fire I really hope we can see an end to all of these COVID measures. We want to live a normal life again. We want to have dignity,” he added.

The paper protest has been spotted among students in Beijing, Nanjing and Shanghai, as well as on posts across China’s heavily censored internet.

The slogan-less signs are not without precedent. Protestors in Hong Kong held up blank sheets of paper in opposition to a 2020 ban by Beijing on certain phrases. Russian protestors resorted to blank signs in March after dissent against the war in Ukraine was outlawed.

But in China this week the tactic has evolved into a symbol of solidarity against the regime, a wordless slogan spread silently past the censors.

When the Chinese social media site Wiebo blocked the hashtag “white paper exercise” on Sunday, one user shot back: “If you fear a blank sheet of paper, you are weak inside.” 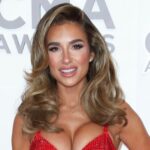 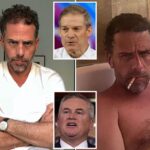