A group of armed black second-amendment activists marched through Austin over the weekend and called on the US to close its borders and put an end to illegal immigration.

The protesters, gathered together by the Elmer Geronimo Pratt Gun Club, moved through the city toward the Texas Capitol on Saturday in what they called the “Second Amendment Unity Walk.”

As they marched through the streets, the activists yelled chants in support of closed borders and against immigration, according to footage shot by journalist Ford Fischer.

“What do we want?” one protester asked.

“Closed borders,” the group yelled back.

“When do we want it?” the protestor asked.

In another chant, the protestors told immigrants to go back to their home countries.

“Immigrants, we’ve been here,” a woman yelled into a megaphone. “Take your a– home,” the group chanted in response.

One woman attempted to start a “Build the wall” chant in reference to former President Donald Trump’s campaign promise to construct a border wall between the US and Mexico.

However, her attempt didn’t go over well.

“Yeah, let’s not do that,” one person replied.

The black gun rights group’s key demands, however, were for reparations for the descendants of slaves and a hate crime bill to specifically protect black Americans.

“There is a debt owed to black Americans who descended from child slavery,” Bezzel said to the group. 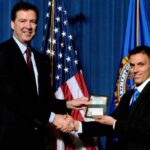 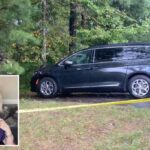