Well, this is just plane weird.

Passengers on board a Dallas-bound American Airlines flight earlier this month reported hearing bizarre noises from the plane’s PA system — which one traveler described as “somewhere between an orgasm and vomiting.”

Emerson Collins, a film producer and nonprofit director, posted video of himself on Twitter reacting to the strange sounds that permeated the cabin on the flight from Los Angeles to Dallas on Sept. 6.

“Someone on this flight seems to have broken into the intercom system and continues to make a sound that is somewhere between and orgasm and vomiting,” the bemused passenger says in the now-viral clip.

A flight attendant is then heard addressing the passengers about the other-worldly sounds.

“Ladies and gentlemen, we realize there is an extremely irritating sound coming over the public announcement,” she says, calmly.

“The flight deck is trying to troubleshoot, trying to turn it off, so please be patient with us. We know it is an odd anomaly and none of us are enjoying it,” the crew member adds.

One of the pilots then chimes in: “We’re trying to mitigate that.”

“It was either someone’s unfortunate food poisoning in the bathroom or, like, someone with an uncomfortable approach to personal satisfaction,” Collins told the LA Times.

“Literally, it was halfway between an orgasm and vomiting,” he said.

The sounds — which began shortly before takeoff and continued in flight — did not come from the crew, flight attendants assured the passengers.

“I swear it’s a prank,” a flight attendant is heard telling Collins, who decided to investigate the matter by walking down the aisle in search of possible pranksters.

“No one looked suspicious,” he told the newspaper.

His video has been viewed more than 1.2 million times since he posted it on Thursday.

A technology executive from Manhattan Beach who stumbled across the video said he had the same bizarre experience during his American Airlines flight from New York’s JFK Airport to LAX in July.

Bradley Allen told the LA Times that it sounded like someone had gone on the PA system while “incapacitated by a severe gastrointestinal problem — and is just moaning.”

On his flight, Allen said the crew also sought to reassure startled passengers.

“With all the cultural allusions to things like gremlins on the wings of the plane or snakes on a plane, or whatever, we’re all kind of primed for crazy, disturbing things to happen on aircraft like that. And it just sort of fit that bill,” he told the paper.

“A lot of things go on in life that are inexplicable and happen and you just kind of have to file it away and ponder it every now and then, but not necessarily be sure you’re ever going to get a resolution,” Allen added.

Another American Airlines flight – from John Wayne Airport in Orange County to Dallas — was interrupted by similar sounds on Sept.18, the LA Times said.

Airline spokeswoman Sarah Jantz said the company has investigated the incident on the recent flight — and chalked it up to “mechanical issues.”

“Our maintenance team thoroughly inspected the aircraft and the PA system and determined the sounds were caused by a mechanical issue with the PA amplifier, which raises the volume of the PA system when the engines are running,” Jantz told the outlet.

She added that the intercom system has no external access and WiFi connectivity. 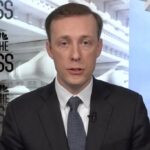 US warns Russia of ‘catastrophic’ consequences if it uses nuclear weapons 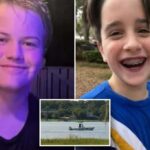