The host of an apparently rowdy 21st birthday party has been ruthlessly slammed by a furious neighbor who delivered them a scathing letter following the celebration.

Typed out in red ink, the letter took aim at the organizer of a wild party held recently at a Perth home, describing them a “dismissive and disrespectful” person.

The letter’s author dedicated part of the page to the parents of the 21-year-old, sarcastically congratulating them on the type of person they raised.

“Congratulations for raising a 21-year-old and teaching them not to care or give a damn about the neighbors partying out loud and in fact being another dismissive and disrespectful human being. Great job!” the letter read.

The birthday person was told they should have been considerate of their neighbors if they planned on “partying until midnight”.

“I know your parents didn’t teach you that but please consider your neighbors when partying until midnight. I truly believe this is a milestone to be celebrated and hope you will never ever encounter neighbors like yourself in your life,” they wrote.

“If and when you decide to have a family or come home tired from work or even want to have the right to sleep peacefully in your own home, yes that is a right, please consider your neighbors.”

The letter went on to implore its receiver to “use your brain”.

“The world does not need another disrespectful human being,” it read.

They also argued the party host should have informed neighbors of their plan ahead of their blowout so they could “plan/prepare for circumstances” and could have been taken to a club or restaurant.

A photo of the outraged letter was shared on Monday to The Bell Tower Times Facebook page where it received more than 600 comments, including from a man claiming to have been the birthday boy.

“Thanks for the birthday wishes everyone. Just to clear up, flyers were sent out and definitely received,” he wrote.

“How else would they have known it was a 21st party?”

Most other comments came from people defending the party host and arguing 12am was a reasonable finish time.

“You mean they partied until midnight then it shut down without police intervention? They should count that as a success!” one wrote.

“Some folks just need to get a life. If it was loud until 4am, fine. But sounds like it wrapped up at midnight. Good on them! Happy 21st,” a third wrote. 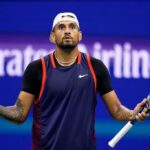 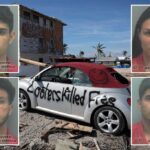