Fans of Alaskan Bush People learned about Snowbird Brown’s health scare during the season 14 premiere on October 2, 2022. Keep reading to find out everything we know about the reality star’s health issues.

Did Bird Brown Have a Cancer Scare?

During the latest season premiere of Alaskan Bush People, fans watched Bird and her sister, Rain Brown, plan to go on a trip to Alaska with Noah Brown and his family. However, the storyline quickly shifted focus when Bird fell ill.

“For the past week, Bird has experienced severe abdominal pain. It is now unbearable,” text on the screen explained about her wellbeing.

While Bird initially didn’t want to visit a doctor because she didn’t want to have her blood drawn and go through tests, she admitted in a confessional that she was in so much pain that she ended up on the floor.

Despite her hesitations about seeing a medical professional, Rain said Bird’s feelings didn’t matter and she forced her sister to see a doctor.

Following the doctor’s appointment, Bird was informed that they found a very large cystic tumor that was taking up her entire abdomen with fluid all around it. Additionally, there was another hard mass that was pushing on her bladder that came from her ovaries.

After receiving the diagnosis, the doctor told Bird that she would have to undergo surgery as soon as possible because the results looked like cancer.

Bird was visibly upset when she learned the news and cried over needing surgery, as well as the canceled Alaska trip.

The surgery wasn’t captured by the show’s camera crew due to COVID-19 protocols, though Rain and their mom, Ami Brown, stayed by Bird’s side during her time in the hospital.

Rain explained that the surgery went well, though her sister had a long and tough recovery ahead. Bird had two tumors on her ovaries, with one weighing 8 lbs. and the other weighing 4 lbs. The doctors were able to successfully remove the tumors and left the uterus and ovaries to give the TV personality a chance to have a baby naturally in the future.

The doctor informed Bird that she didn’t have cancer, but there is more than a 50 percent chance of cancer or the tumor returning in the future.

She also learned that the only way to increase chances that the tumor will not return as cancer is by undergoing a full hysterectomy, which would prevent Bird from carrying babies in the future. 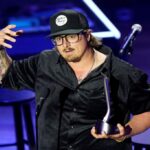 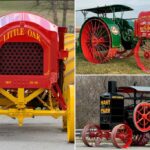