An achy breaky heart no more. Billy Ray Cyrus and singer Firerose are engaged just six months after the country singer and his estranged wife, Tish Cyrus, announced their split and divorce after more than 28 years of marriage.

“Happy Autumn,” Billy, 61, and the “New Day” singer captioned a joint Instagram post of themselves posing closely together, with Firerose seemingly showing off a huge diamond ring on her left ring finger.

The “Old Town Road” crooner and the Australia-born artist first sparked dating rumors earlier in July after Firerose posted a photo of the pair outside Nashville’s Grand Ole Opry, to which fans took as a sign they were in a relationship.

The musicians are often featured on each other’s Instagram grids, as Billy and the “I Was on Fire” singer have worked together professionally for quite some time. During an appearance on Live With Kelly & Ryan in August 2021, Firerose opened up about how the pair first met on the set of Billy and daughter Miley Cyrus’ hit Disney Channel series, Hannah Montana.

“We actually met 10 years ago on the set of Hannah Montana,” the “All Figured Out” songstress said. “Billy Ray’s been a phenomenal supporter of my music ever since. He’s just really believed in me and continued to tell me to pursue my dreams no matter what and not give up. The music industry is not easy, but he’s been just a really, really incredible support [sic].”

In paperwork obtained by In Touch, Tish cited “irreconcilable differences” in her 2022 filing and claimed that the former pair had not “cohabited as man and wife for a continuous period of more than two years.”

Days later, the couple spoke out publicly about their split, telling People in a statement: “We have grown up together, raised a family we can be so proud of, and it is now time to create our own paths. We will always be family and look forward to a continued and loving shared experience as friends and parents. We have not come to this decision lightly or quickly but with so much going on in the world, we wanted to provide some clarity and closure, so we can remain focused on what is important.”

A rep for Billy Ray Cyrus did not immediately respond to In Touch’s request for comment. 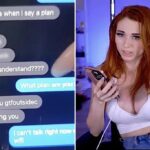 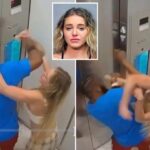 Courtney Clenney pleaded for help before death of boyfriend