Billy’s bank. Alaskan Bush People star Billy Brown made an impressive amount of money before he died in 2021. Keep reading to find out his net worth, how he made money and more.

What Was Billy Brown’s Net Worth?

Billy had an estimated net worth of $6 million.

According to The Sun, the entire Brown family‘s net worth is a whopping $60 million as of September 2022.

How Did Billy Brown Make Money?

While each of Billy’s family members make up to $60,000 per season of Alaskan Bush People, Billy reportedly earned $500,000 per episode of the Discovery Channel show.

In addition to his role on the reality show, Billy made money as an author. His first published book was One Wave at a Time from September 2007, followed by The Lost Years from January 2009.

He was also able to provide for his family as an outdoorsman, where he hunted for their food.

How Did Billy Brown Die?

Billy unexpectedly died on February 7, 2021, at the age of 68 after suffering a seizure.

His son, Bear Brown, announced the shocking news in a statement on February 8. “Our beloved patriarch Billy Brown passed away last night after suffering from a seizure,” the TV personality wrote on Instagram at the time. “He was our best friend — a wonderful and loving dad, granddad and husband and he will be dearly missed. He lived his life on his terms, off the grid and off the land and taught us to live like that as well. We plan to honor his legacy going forward, and to continue with his dream. We ask for privacy and prayers during this painful time! God bless everyone!!!”

The Brown patriarch is survived by his wife, Ami Brown, and their seven kids, Matthew, Gabriel, Rain, Snowbird, Joshua, Noah and Bear.

The couple tied the knot on June 16, 1979, and remained together amid personal struggles and health woes. Ami was diagnosed with lung cancer in 2017 and doctors gave her a less than promising prognosis. However, Ami went into remission and is healthy today.

Due to the success of Alaskan Bush People, the family was able to live in Los Angeles for a few months while Ami battled advanced lung cancer. The Brown family also purchased nearly 500 acres of land in Tonasket, Washington. Billy reportedly bought the land, which sits on a 4,000-foot-high mountain, for $415,000. 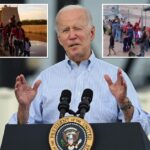 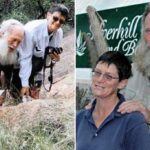