A new bill from City Councilman Bob Holden (D-Queens) would force his colleagues to disclose whether they lived in rent-stabilized apartments.

The prized housing stock — with monthly rents artificially kept below market value — is intended to help low-income New Yorkers, but critics charge the system is frequently abused by higher earners.

“It’s very simple. If my colleagues are going to promote all these programs, we need to know some basic information. Will you benefit from it?” Holden told The Post, explaining his reasons for introducing the bill.

Data from the Department of Housing Preservation and Development showed that the median income for rent stabilized households is $44,560, compared to $67,000 for households in market-rate units.

The base salary of a City Council member is $148,000 per year — well outside the bounds of “low income” city-dwellers. Progressives, Holden said, should be the “natural allies” of a proposal to limit potential abuse by wealthy New Yorkers for a program dedicated to the underprivileged.

As of Saturday the bill has no co-sponsors and was referred to the Committee on Standards and Ethics. Holden insisted he was not aware of any member abusing the city’s rent-stabilization program.

Minority Leader Joe Borelli (R-Staten Island) said he was all for the new measure.

“It puts a whole new spin on why folks constantly fight against rent-stabilized increases — if they’re living in a rent stabilized apartment apartment while making well above the average median household income,” Borelli said. 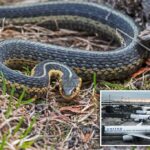 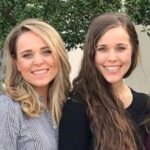