In California, Michigan, and Vermont, voters enshrined the right to choose in their state’s constitutions — while voters in the reliably red state of Kentucky rejected a proposed amendment to the state constitution saying there was neither a right to abortion nor a requirement for the state to fund the procedure.

The Kentucky result resembled an August special vote in Kansas, where voters overwhelmingly said “no” to a non-binding measure that would have cleared the way for the state legislature to overturn a 2019 court decision protecting the procedure in the Kansas Bill of Rights.

“As we saw in Kansas earlier this year, and in many other states last night, this is not a partisan issue,” said Nancy Northup, president of the Center for Reproductive Rights, in a statement. “People are energized and they do not want politicians controlling their bodies and futures.”

With 90% of the expected vote tallied in the Bluegrass State, 52.3% of voters had opted to reject the proposed constitutional amendment — including some who voted to re-elect Republican Sen. Rand Paul.

At an elementary school in Simpsonville, outside of Louisville, 71-year-old registered Republican Jim Stewart told the Associated Press he voted for Paul, but voted no on the amendment, even though he’s opposed to abortion.

“You got to have a little choice there,” he said.

The Kentucky vote does not lift the state’s abortion ban, which does not include exceptions for rape and incest, but it means a legal battle over the law will keep playing out. The restrictions face a legal challenge presently before the state Supreme Court, and the amendment’s rejection leaves open the possibility that the court could declare abortion a state right.

In Michigan, 56.7% of voters supported a ballot measure enshrining a constitutional right to reproductive freedom, including in “all matters relating to pregnancy.” The vote also strikes down a 1931 ban on abortion that had been blocked in court but could have been revived.

In Vermont, where the state legislature passed a law in 2019 guaranteeing reproductive rights — including becoming pregnant and having access to birth control — 77.2% of voters backed a constitutional right to “personal reproductive autonomy.”

Separately, a proposed Montana law that would have required health care workers to make every effort to save the life of an infant “born during an attempted abortion” appeared headed for defeat Wednesday. With 82% of the expected vote in, 52.4% of voters had rejected the proposal, while 47.6% had supported it.

Doctors in the state had warned that the law could have limited providers’ ability to give palliative care to babies born with no chance at survival.

Abortion ranked as the second-most important issue to midterm voters at 27%, according to an Edison Research exit poll. The only issue deemed more pressing, by 31% of respondents, was inflation

Abortion also edged out crime as a key issue for voters, which multiple surveys suggested was a top vote-driver in the final weeks before the election.

In Pennsylvania, where Democrat John Fetterman beat Republican Dr. Mehmet Oz in a key Senate race, abortion outranked inflation by 36% to 29% as the top issue for voters in another Edison Research exit poll. 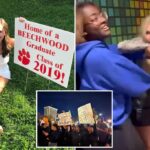 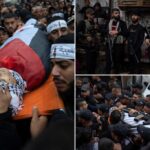