Although President Biden hasn’t officially announced that he’ll run for a second term, he and first lady Jill Biden joined French leader Emmanuel Macron in a toast to a 2024 reelection campaign at last week’s White House state dinner, according to a report.

The conversation about a potential reelection campaign unfolded between the Bidens and the Macrons at the main table Dec. 1 after Jill Biden said she uses exercise to energize herself while on the campaign trail, and the French president asked if she was up for a run in 2024, the New York Times reported on Tuesday.

She assured him that she was, and Macron said they should make a toast. At that point, the French president reportedly raised a glass of wine while the president, a teetotaler, hoisted his Coca-Cola.

Sitting with them at the table were Macron’s wife, Brigitte, a number of French officials, some Democratic activists and House Speaker Nancy Pelosi (D-Calif.).

Biden, 80, is the oldest US president ever and would be 82 on Inauguration Day in January 2025 if he was successful in his reelection bid.

He has yet to announce he’s running again, and the report said Biden would make a final decision after the holidays.

But there are lingering questions about whether an octogenarian can hold up under the grueling pressures of being president.

A Reuters/Ipsos poll released last month found that 68% of Americans believe Biden may not be up to the challenge in another two years, including 46% of Democrats.

The same poll showed that 86% of Americans believe the age cutoff for anyone serving as president should be 75.

Nearly half of Americans – 49% – say the same thing about former President Donald Trump. 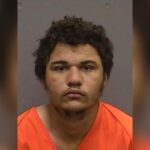 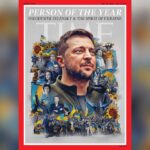