WASHINGTON — President Biden warned African leaders Wednesday that there “surely will be” another global pandemic as he announced millions of dollars in US aid to the continent.

“Even as we work to end COVID-19, we continue building stronger health systems and institutions and accelerating efforts to achieve universal health coverage to make sure we’re better prepared to tackle the health challenges including the next pandemic — and there surely will be one,” the president said during remarks kicking off the US-Africa Business Forum in Washington.

The White House has given mixed signals on the state of the COVID outbreak, with Biden telling “60 Minutes” in September the pandemic was “over” — while citing it to push a controversial writeoff of federally backed student loans.

Biden didn’t specifically mention “China” to his assembled guests, despite the rare gathering convening as the US seeks to counter growing Chinese influence in Africa.

China also happens to be where COVID-19 emerged in late 2019. US spy agencies assessed last year the virus may have leaked from the Wuhan Institute of Virology, which was conducting risky research on coronaviruses using US grant funding.

Biden announced a raft of American aid initiatives during his speech ahead of an evening White House dinner for visiting heads of state, whose stays at luxury hotels has snarled traffic across the nation’s capital.

Biden said the US government’s Millennium Challenge Corporation would accelerate contributions to African nations focusing on a variety of sectors.

“Since the start of my administration, MCC has announced new investments of nearly $1.2 billion in Africa. We expect the MCC to commit an additional $2.5 billion across Africa in just the next three years, supporting everything from agriculture to transportation to access to renewable energy,” he said.

“In fact, the MCC just announced discussions for partnerships with four African countries. … [with] Gambia [and] Togo to boost economic development, and a compact for Senegal to bolster regional connections and a threshold program in Mauritania to help strengthen democratic governance and pursue policy reform to unlock economic growth.”

Biden also said that he would seek congressional funding for an ambitious project to ensure all Africans have internet — though the idea may face resistance from fiscal conservatives.

“Today, I’m announcing a new initiative, the digital transformation with Africa, working with Congress to invest $350 billion to facilitate more than almost half a billion dollars in financing to make sure people across Africa can participate in the digital economy,” Biden said.

“Today, I’m announcing that the US International Development Finance Corporation is investing nearly $370 million in new projects,” Biden went on, “[including] $100 million to increase the reliable clean energy for millions of people in sub-Saharan Africa, $20 million to provide financing fertilizer to help smallholder farmers, particularly women farmers, increase the yields of their crops and $10 million to support small and medium sized enterprises that help bring clean drinking water to communities all across the continent.”

The African leaders gathered in Washington despite many of them being notoriously corrupt embezzlers-in-chief or perpetrators of heinous human rights abuses.

Just five African countries were not invited to the DC summit. Four of them — Burkina Faso, Guinea, Mali and Sudan — are suspended by the African Union over recent military coups and the fifth, Eritrea, has strained relations with the US, including over its brutal intervention in favor of Ethiopia’s central government in the ongoing Tigray War.

Ethiopian Prime Minister Abiy Ahmed, accused of overseeing atrocities in the Tigray region, did make it to Washington for the summit.

Equatorial Guinea’s President Teodoro Obiang Nguema, in office since 1979, also attended the summit. Nguema’s family has amassed a fortune during his presidency despite a 70% local poverty rate and US authorities have sought to confiscate $70 million in assets allegedly pilfered by the president’s son.

Cameroon’s President Paul Biya, in office since 1982, also is attending the DC summit, despite overseeing a bloody civil war against the country’s English-speaking regions.

Acknowledging the disreputable group of leaders being courted, the State Department published talking points regarding the guests of honor on its website earlier this week.

“Why are you inviting [XYZ leader] given everything bad s/he has done?” the official US press guidance said. “Aren’t their crimes as bad as what’s happening in Cuba or Venezuela? Yet you very specifically didn’t invite them to the Summit of the Americas. Was that just about politics?”

The proposed answer read in part, “This Summit is an opportunity to advance some of our most pressing global issues … Our approach was also intended to create an opportunity for the President to make progress on US- Africa policy through engagement.  It is through this engagement that we can make progress.” 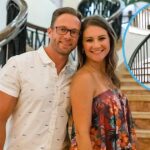 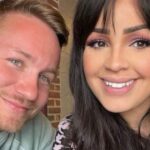