After asking Florida residents to obey safety warnings as the storm moves ashore, the president said: “I want to add one more warning, a warning to the oil and gas industry executives: Do not — let me repeat, do not — do not use this as an excuse to raise gasoline prices or gouge the American people.”

Biden added the powerful Category 4 hurricane was poised to disrupt domestic oil production only “for a very short period of time.”

“This small temporary storm impact on oil production provides no excuse, no excuse for price increases at the pump. None,” the president went on. “If gas companies try to use this storm to raise prices at the pump, I will ask officials will look into whether price gouging is going on. Americans are watching and the industry should do the right thing.”

The president spoke at a nutrition-focused event in Washington as the hurricane neared the west coast of Florida south of Sarasota.

High gas prices are bad news politically for whoever holds power in DC — and Biden added that prices should in fact be lowered.

As of Wednesday, the average cost of a gallon of regular gas stood at $3.77 in the US, according to AAA data — down from an all-time high of more than $5 in June, but still higher than the average of $3.19 one year ago.

The surge in gas prices earlier this year contributed to a sour public mood and drooping approval ratings for Biden ahead of the November midterm elections.

Biden in June asked Congress to temporarily waive the federal gas tax of 18.3 cents per gallon, but was rebuffed by members of both parties.

In an attempt to increase oil supplies, Biden in March ordered the release of a million barrels per day from the Strategic Petroleum Reserve and allowed a higher proportion of ethanol in gas over the summer.

Biden last year attempted to impose a moratorium on new oil drilling on public lands and suspended drilling permits at Alaska’s Arctic National Wildlife Refuge. He also spiked the Keystone XL oil pipeline from Canada into the US.

As gas prices hammered his popularity, Biden sought to turn the tables on oil companies, slamming them for raking in “well above normal” profits. Biden urged the firms to drill more on existing leases and to boost refining capacity while also urging individual gas stations to cut prices at the pump. 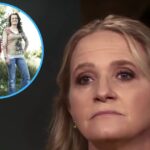 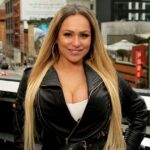