President Biden will use a Wednesday night speech to describe the midterm elections as a choice between preserving democracy by voting for Democrats or putting it “at risk” by supporting Republicans, according to excerpts.

Biden’s appeal to voters will again ask them to recall last year’s Capitol riot — attempting to flip the focus from less favorable issues for Democrats, such as the economy.

“I ask you to think long and hard about the moment we are in. In a typical year, we are not often faced with the question of whether the vote we cast will preserve democracy or put it at risk. But we are this year,” Biden will say, according to a partial script released ahead of the event by the Democratic National Committee.

Biden, speaking at the Union Station rail center near the Capitol, will say that “this is the first national election since the events of January 6th, when an armed, angry mob stormed the US Capitol. I wish I could say the assault on our democracy ended that day. But I cannot.

“As I stand here today, there are candidates running for every level of office in America: for Governor, for Congress, for Attorney General, for Secretary of State who won’t commit to accepting the results of the elections they’re in,” Biden is prepared to say.

“That is the path to chaos in America. It’s unprecedented. It’s unlawful. And, it is un-American. As I’ve said before, you can’t love your country only when you win.”

It’s unclear if Biden will cite by name any Republican office-seekers who allegedly aren’t planning to accept the results of the election — or if he will include Democrats in his rebuke of questioning the legitimacy of election results.

Biden has repeatedly attempted to drum up support for Democrats by invoking the violent sack of the Capitol that interrupted certification of his Electoral College victory — including with a widely promoted Sept. 1 primetime speech in Philadelphia that was derailed by a vulgar heckler and criticized to a controversial backdrop of blood-red lighting and uniformed Marines.

Although many elected Republicans supported Trump-backed challenges to Biden electors from swing states on Jan. 6, those efforts were doomed to fail because Democrats held the House of Representatives at the time.

Democrats in Congress lodged their own objections to Republican swing-state electors in 2000, 2004 and 2016 when Democrats lost presidential elections. Among the objectors were Rep. Jamie Raskin (D-Md.), who went on to serve as chief impeachment manager in Trump’s 2021 Senate trial for allegedly inciting the riot.

In other instances Democrats refused to gracefully admit defeat. Democrats’ 2016 presidential nominee Hillary Clinton claimed that the contest was “stolen” and that Trump was an “illegitimate president.”

A CNN poll released Wednesday showed that 51% of likely voters said the economy and inflation were the most important issues in determining their vote, followed by abortion (15%) and “voting rights and election integrity” (9%).

An NPR/PBS/Marist College poll released Wednesday, however, found 36% of those who said they were definitely voting Nov. 8 listed inflation as their top issue, but 31% said “preserving democracy” was most important.

A Pew poll released Oct. 20 found that 79% of registered voters say that the economy is a very important issue — giving Republicans a 13% edge — but also that 70% said the future of US democracy was very important and gave Democrats a 6% edge. 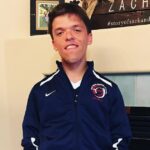 What Is Zach Roloff’s Job? Find Out What He Does for a Living 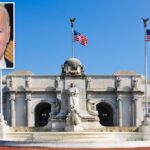