Maybe a geography lesson is in order.

For the second time in a week, President Biden mixed up Colombia and Cambodia while talking about the Association of Southeast Asian Nations summit.

“It was an honor to host at the White House in May, and now that we are back together in Cambodia,” Biden said as he kicked off the talks Saturday. “I look forward to building even stronger progress than we’ve already made. I want to thank the prime minister for Colombia’s leadership as ASEAN chair.”

On Thursday, as he departed for the summit, Biden told reporters he was “heading over to Colombia” — a South American country more than 11,000 miles away from the summit in Southeast Asia — before correcting himself.

It follows a series of gaffes Biden made earlier this week after he mixed up Ukraine and Fallujah when asked when the war between Russia and Ukraine would end.

He then incorrectly said he was off to attend environment talks in “Cairo” Egypt, rather than Sharm el-Sheikh, where he delivered a speech during the COP27 climate conference.

“I don’t think the conflict will be resolved with Russia and Ukraine until Ukraine gets out of — until Putin gets out of Ukraine,” Biden said on the lawn. “Anyway, you guys, I’m heading down to — first of all, going to Cairo for the environmental effort, then heading over to Colombia and then — I mean, Cambodia. I was thinking — I’m thinking the Western Hemisphere.” 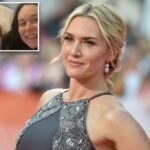 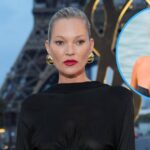