President Biden fended off a group of hecklers on Monday — telling one of them “you look crazy” — as he delivered his final speech before the midterm elections in a deeply Democratic part of Maryland.

“You’re a disgrace!” the first of multiple hecklers shouted at Biden during a rally for gubernatorial candidate Wes Moore just outside Washington.

“I tell you what, let him sing! Let the man sing,” Biden said, before reverse-heckling another disruptive guest.

“Hey man, don’t jump. You look crazy enough to jump,” the president told the second heckler, who was wearing a US flag top hat at the historically black Bowie State University.

A pool reporter said that three hecklers were removed and that all were white men. Another journalist at the event, Sonia Dridi of France 24, tweeted that she observed at least five hecklers being removed.

Biden spent just 20 minutes speaking during his only public remarks of the day and managed to stay on message after he veered off-script repeatedly over the weekend.

The White House issued a groveling apology Saturday to Sen. Joe Manchin (D-WVa.) after Biden’s Friday remarks near San Diego that “we’re going to be shutting these [coal] plants down all across America and having wind and solar.”

On Sunday, Biden boasted in New York that he hadn’t expanded oil drilling on federal lands — saying, “there is no more drilling… I haven’t formed any new drilling” — despite spending months rejecting Republican blame for high gas prices, in part by blaming oil companies for not drilling more.

“He tweeted that [former Vice President] Mike Pence was a traitor. Think about that,” Biden said of Cox, comparing him to Moore, a veteran and author who previously led the Robin Hood Foundation charity.

“For Wes Moore, patriotism meant leaving his family and putting on his country’s uniform and leading his fellow soldiers in combat. For his opponent, patriotism means putting on a baseball cap and inviting people to attack the Capitol,” Biden said.

Biden echoed his recent claims that the fate of American democracy could be shaped by whether voters choose Democrats, saying that “we know in our bones that our democracy is at risk.”

Although Biden has sought to resurface the Capitol riot as a closing argument against Republicans, polls find that voters are more concerned about the economy amid the worst sustained inflation since 1981, rising interest rates and fear of a recession.

A CNN poll released Wednesday found that 51% of likely voters said the economy and inflation were the most important issues determining their vote, followed by abortion (15%) and “voting rights and election integrity” (9%).

An NPR/PBS/Marist College poll, also released Wednesday, found 36% of those who said they were definitely voting Nov. 8 listed inflation as their top issue, but 31% said “preserving democracy” was most important. 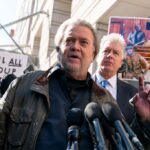 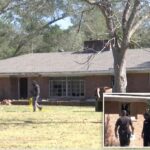