President Biden is set to order the release of millions more barrels of oil from America’s strategic reserve Wednesday in a last-ditch bid to further reduce prices at the pump three weeks before the midterm elections, according to a report.

“There’s going to be an announcement tomorrow on the president’s policy … on his next move forward, on what he’s going to do to help the American people to give them — continue to give them a little bit of a breathing room,” Jean-Pierre said.

Bloomberg News reported late Monday that Biden is expected to announce the sale of 10-15 million barrels from the strategic stash to prevent oil prices from increasing.

The president ordered 180 million barrels to be released from April through September after the Feb. 24 Russian invasion of Ukraine caused global energy costs to rise.

White House economist Jared Bernstein defended Biden’s release of oil reserves in a Sunday interview on Fox News, saying, “There are still 400 million barrels of oil in the Strategic Reserve. It is more than half full. I think people don’t quite have that capacity number in their head.”

The White House unsuccessfully asked the Saudi government to postpone oil production cuts until after the Nov. 8 midterm elections.

OPEC+ says it is attempting to orchestrate a reversal of a demand-driven decline in global prices. But high gas costs are politically toxic for the party in power in Washington and threaten to further fuel inflation, which remains at its highest levels since 1981.

The average cost of a gallon of gas in the US has drifted back down over recent days to $3.87, according to AAA data — a drop from recorded all-time highs over $5 in June, but well above the average of $3.33 one year ago.

The White House has repeatedly attempted to take credit for the drop in gas prices since June, while blaming rises on external factors, like the war in Ukraine and alleged price-gouging by oil companies.

Experts have attributed the drop to a decrease in demand among motorists struggling to juggle other expenses as inflation takes its toll. 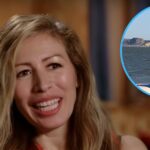