President Biden claimed Thursday that first lady Jill Biden once bitterly snapped at him over his ranking as the “poorest man in Congress” — calling it a “true story” even though it’s unclear if he ever actually earned the superlative.

Biden, who moved into a 10,000-square-foot former DuPont family mansion in 1974 — one year after joining the Senate — told the tale during a New Mexico event focused on his plans to forgive up to $20,000 in student debt per borrower.

The president said that his late son Beau “ended up with [student] debt because I had the dubious distinction of being listed as the poorest man in Congress.”

“I shouldn’t say this, but I’m gonna tell you anyway,” Biden said to laughter, before recounting a supposed phone call featuring impersonations of his wife, whom he married in 1977 after she left her first husband.

“When I’d be away campaigning for somebody, I’d call my wife in the morning before she took off for school, to see how things were,” Biden said.

“And I called her one morning. I was up in the state of Vermont campaigning for [Senator] Pat Leahy. And I said, ‘Hi honey, how are you?’” Biden said.

“I said, ‘No honey, I didn’t see it.’ She said, ‘headline, front page top of the fold: Biden, poorest man in Congress. Is that true?’”

Biden added, “Well, I didn’t think you were supposed to make money when you’re in Congress. but at any rate, I didn’t feel poor. And by the way, I got elected when I was 29. I had no income. I had a little — I was just starting my law practice. But I had a good salary as a senator, I thought that was just fine.”

The president has invoked the self-deprecating “poorest” title before to demonstrate his own humble origins — though it’s unclear if he ever actually was declared the poorest member of Congress instead of merely being among the poorest.

In 2019, PolitiFact reported that the Biden campaign pointed the outlet to the Center for Responsive Politics rankings of members of Congress, which go back only to 2004 and show that other lawmakers were estimated to be poorer than Biden.

Biden’s net worth slipped further during his vice presidency, despite benefiting from free housing and transportation. In 2014, the final year for which his wealth was estimated by the center, Biden was worth between minus-$1.8 million and minus-$73,000 in 2014 — meaning his debts outpaced his assets.

After decades in public office, Joe and Jill Biden reaped a financial windfall of $15.6 million in 2017 and 2018. Ironically, much of the income came through colleges and was passed on to students — including nearly $1 million from the University of Pennsylvania for a professorship that featured just nine known visits to campus. Biden also collected $190,000 to speak at Drew University in New Jersey, $182,000 from Lake Michigan College and $180,000 to appear at Vanderbilt University.

It’s possible that Biden was at one point the poorest member of Congress, but it’s unclear when a newspaper may have reported that distinction.

Biden has a habit of embellishing biographical details while attempting to demonstrate his own connection to an issue.

Last month, Biden dubiously claimed that “I was sort of raised in the Puerto Rican community at home, politically” while visiting the US territory. At a fire-safety event, also last month, Biden said firefighters nearly died extinguishing a blaze in his kitchen in 2004, prompting the local fire department to describe it as relatively “insignificant” for trained professionals.

Biden has described himself as “seduced by real estate” and currently owns a large primary residence in Wilmington, Del., and a vacation home in Rehoboth Beach, Del.

The president’s personal finances — including his possible involvement in his brother and son’s overseas consulting work — are expected to come under close scrutiny by congressional Republicans next year if they retake either the House or Senate in next week’s midterm elections.

In China, first son Hunter Biden and first brother James Biden earned $4.8 million from the government-linked company CEFC China Energy in 2017 and 2018, according to the Washington Post. Two former Hunter Biden business partners identified Joe Biden as the “big guy” described in an email as due a 10% cut from that deal. In Ukraine, Hunter Biden earned up to $1 million per year while his vice-president dad led the Obama administration’s Ukraine policy and the elder Biden met with a company rep at a DC restaurant, according to records from a former Hunter Biden laptop. 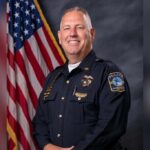 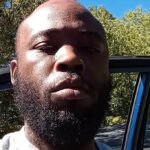