​President Biden said Monday he does not foresee an “imminent attempt” by China to invade Taiwan after he met for roughly three hours with Chinese President Xi Jinping on the sidelines of the G20 summit in Indonesia. ​

Speaking to reporters after his first face-to-face meeting with Xi since becoming president, Biden shrugged off a question about whether Beijing and Washington were engaged in a new Cold War and said he made the American stance on self-governing Taiwan clear in the discussion between the two leaders.

”I do not think there’s any imminent attempt on the part of China to invade Taiwan,” Biden said. “And I made it clear that our policy in Taiwan has not changed at all.”

“It’s the same exact position we’ve had. I made it clear that we want to see cross-strait issues peacefully resolved,” the president continued, adding that he believed Xi “understood exactly what I was saying. I understood what he was saying.”

Biden also said he underscored the US commitment to Taiwan with Xi while abiding by the “one China policy,” which recognizes that Beijing considers Taiwan part of its mainland, but the US also conducts unofficial relations with Taipei as part of its “strategic ambiguity” posture on providing military support if the island is attacked.

“Our ‘One China’ policy has not changed. Has not changed,” the president said. “We oppose unilateral change in the status quo by either side, and we’re committed to maintaining the peace and stability in Taiwan Strait.”

Beijing’s aggressive posture toward Taiwan, which it considers part of China and has threatened to annex through military means if necessary, has emerged as one of the most contentious disputed areas between the two countries.

Strains over the issue were exacerbated when House Speaker Nancy Pelosi visited Taiwan in August, becoming the highest-ranking US official to visit the island in more than two decades.

A readout of the meeting issued by the White House stated that Biden had taken issue with China’s “coercive and increasingly aggressive” actions toward Taiwan. The president also reportedly “raised concerns” about the genocide of Uyghurs in the province of Xinjiang, as well as Beijing’s crackdowns on activists in Tibet and Hong Kong.

Xi, according to the Chinese government’s account of the meeting, “stressed that the Taiwan question is at the very core of China’s core interests, the bedrock of the political foundation of China-US relations, and the first red line that must not be crossed in China-US relations.”

The meeting took place just weeks after the Biden administration blocked exports of advanced computer chips to China — a national security move that bolsters US competition against Beijing.

Xi’s government said he condemned such moves, saying, “Starting a trade war or a technology war, building walls and barriers, and pushing for decoupling and severing supply chains run counter to the principles of market economy and undermine international trade rules.”

Biden also said Monday he pressed Xi on North Korea’s nuclear ambitions, but acknowledged that it was “difficult” to determine if China can wield any influence on Pyongyang dictator Kim Jong Un.

“I made it clear to President Xi Jinping that I thought they had an obligation to attempt to make it clear to North Korea that they should not engage in long-range nuclear tests and I made it clear as well that if they did, they meaning North Korea, that we would have to take certain actions that would be more defensive on our behalf,” Biden said.

“It’s difficult to determine whether or not China has the capacity” to convince Kim Jong Un to back off his tests, he added.

“I’m confident China is not looking for North Korea to engage in further escalatory means,” Biden went on.

The president also said he made clear to Xi that any defensive actions taken by the US would not be directed at China.

“I made it clear from the very beginning, and last year as well, that we will do what we need to defend our capacity to defend ourselves and our allies, South Korea, as well as Japan, and that it would be we’d be more up in the face of China, but it wouldn’t be because of China it’d be because of what was going on in North Korea,” he said.

The two countries will continue to talk over the disagreements, but Biden cautioned that “we’re not going to work everything out. I’m not suggesting this is kumbaya.”

Biden said he and Xi agreed to continue to try to resolve their differences, and the president said Secretary of State Antony Blinken will travel to China to follow up on their discussion and keep lines of communication open between the two countries.

The White House readout made no mention of the two leaders discussing deadly fentanyl exports from China or the origins of COVID-19 — two menaces which have killed more than 1 million Americans in recent years. 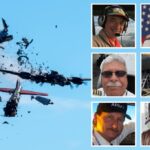 All six crewmen identified in fatal collision at Dallas airshow 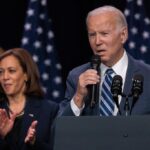