President Biden claimed on Tuesday that he spoke to the man who “invented” insulin — even though the doctor died before Biden was born.

The president’s comments came during an event in Hallandale Beach, Florida, during which he touted his administration’s efforts to lower healthcare costs for Americans.

“How many of you know somebody with diabetes, and needs insulin,” Biden asked the crowd.

“Do you know how much it costs to make that insulin drug for diabetes? … It was invented by a man who did not patent it because he wanted it available for everyone. I spoke to him, OK?” Biden claimed.

Dr. Frederick Banting and professor John James Richard Macleod were awarded the Nobel Prize in medicine in 1923 for their 1921 discovery of insulin. Banting died in 1941 and Macleod in 1935. Biden was born in 1942.

Banting refused to put his name on the insulin patent because he felt it was unethical to do so as a physician who had taken the Hippocratic oath. Macleod similarly declined to be named on the patent.

The president may have been referring to one of the other two doctors involved in the discovery of insulin who were alive after his birth, however, both of those doctors are named on the patent, contrary to Biden’s claim.

The first insulin patent application was in the name of James Collip, a Ph.D. biochemist, and Charles Best, a medical student. Best died in 1979 and Collip in 1965.

Collip and Best transferred the patent rights to the University of Toronto for $1.

The president was speaking at an event to rally Democratic Party voters to get to the polls in Florida seven days out from Election Day.

At the same event, Biden incorrectly stated that his late son Beau lost his life while serving in Iraq.

“They talk about inflation … inflation is a worldwide problem right now because of a war in Iraq and the impact on oil and what Russia’s doing …  excuse me, the war in Ukraine,” the president said. “I’m thinking about Iraq because that’s where my son died.” 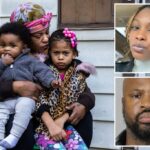 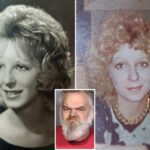