WASHINGTON — President Biden wrongly claimed Tuesday that he lowered the national debt by $1.7 trillion — when in fact the debt grew by nearly $3.7 trillion during his first 23 months in office.

Biden made the error while using the terms “deficit” and “debt” interchangeably during remarks touting the slight decline in the annual inflation rate to 7.1% in November.

The national debt was roughly $27.75 trillion when Biden took office, according to the Congressional Research Service. It is about $31.43 trillion today.

Biden regularly touts the fact that the national deficit is declining, though fact-checkers note that much of the reduction is due to the expiration of bipartisan COVID-19 pandemic relief programs approved in 2020, rather than Biden’s own actions.

“No administration has ever cut the deficit that much,” Biden claimed Tuesday.

The federal deficit in fiscal year 2022, which ended Sept. 30, was the fourth-highest on record, according to the Treasury Department, with $1.38 trillion in federal spending beyond what authorities collected in revenue. 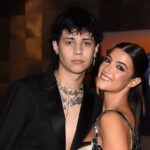 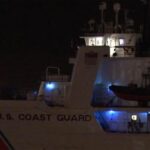