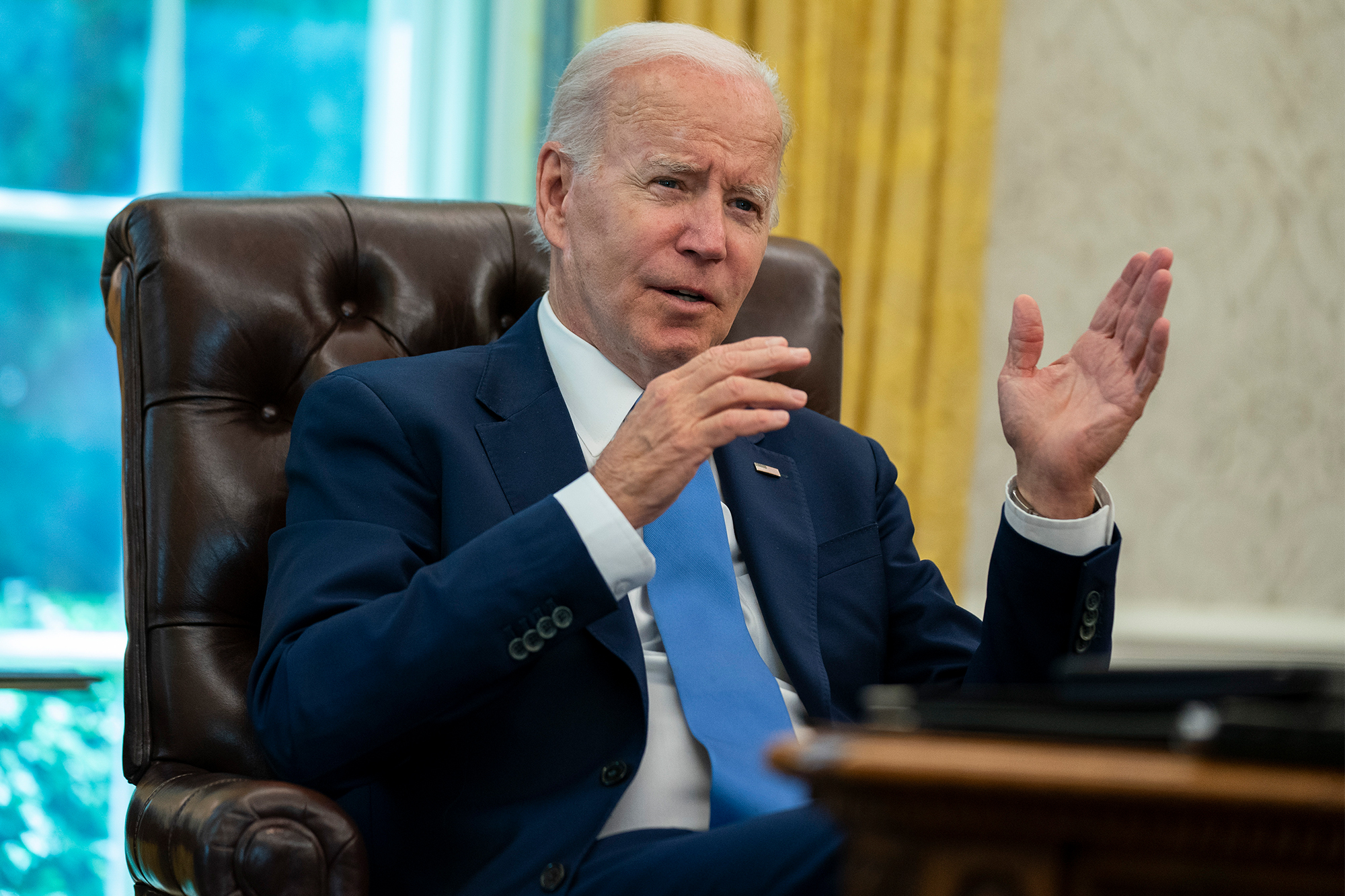 WASHINGTON — President Joe Biden told The Associated Press on Thursday that the American people are “really, really down” after a tumultuous two years with the coronavirus pandemic, volatility in the economy and now surging gasoline prices that are hitting family budgets.

He said a recession is not inevitable and bristled at claims by Republican lawmakers that last year’s COVID-19 aid plan was fully to blame for inflation reaching a 40-year high, calling that argument “bizarre.”

As for the overall American mindset, Biden said, “People are really, really down.”

“They’re really down,” he said. “The need for mental health in America, it has skyrocketed, because people have seen everything upset. Everything they’ve counted on upset. But most of it’s the consequence of what’s happened, what happened as a consequence of the COVID crisis.”

Speaking to the AP in a 30-minute Oval Office interview, Biden addressed the warnings by economists that the United States could be headed for a recession.

“First of all, it’s not inevitable,” he said. “Secondly, we’re in a stronger position than any nation in the world to overcome this inflation.”

The president said he saw reason for optimism with the 3.6% unemployment rate and America’s relative strength in the world.

“Be confident, because I am confident we’re better positioned than any country in the world to own the second quarter of the 21st century,” Biden said. “That’s not hyperbole, that’s a fact.”

Did Kendra Duggar Give Birth to Baby No. 4? Pregnant Rumors