“Pretty astounding,” Biden continued. “A groundbreaking milestone. And it matters, it matters.”

Sunak is a Hindu and the first person of color to be the UK’s prime minister.

British Twitter users were flabbergasted by the president’s flub, which came during his first public comments on the rise of Sunak.

“Who is Rashee Sanook?” British actor Matthew Marsden said in a post.

“PM Sunak spoke to President Joe Biden over the phone this evening. Unclear whether he referred to him as ‘Rashee Sanook’ again,” Shehab Khan, a reporter with ITV News, noted in tweet.

At 42-years-old, Sunak is Great Britain’s youngest leader in 200 years. He was formerly the chancellor of the exchequer, equivalent to the Treasury secretary position in the US, and is a multimillionaire former hedge fund boss.

Sunak is a member of the UK’s Conservative Party. He became Britain’s third prime minister in less than two months after Liz Truss resigned as PM amid an uproar over her economic agenda. 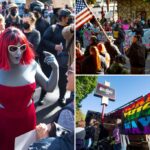 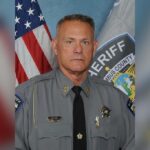