President Biden accused Republicans Tuesday of planning to cut Social Security and Medicare — two days after former White House press secretary Jen Psaki called on Democrats to focus on “extreme” Republicans to prevent the midterm elections from being an ill-fated referendum on Biden’s performance in office.

Biden said in the White House Rose Garden that government benefit programs for elderly people were at risk if Republicans reclaim power in Congress — despite the fact that he or his successor can veto bills until at least 2025.

The president appeared fuzzy on the details of Republican proposals and at one point seemed to conflate a 12-point platform from Sen. Rick Scott (R-Fla.), which calls for laws to sunset every five years, and a lengthy budget document from the House Republican Study Committee that doesn’t call for a five-year sunset.

“158 House Republicans have already signed a Republican budget that will cut Medicare and Social Security,” Biden said. “I know you think I’m probably exaggerating that, but there’s a pamphlet, a pamphlet, a ’12-Point Plan to Rescue America’ by Sen. Scott of Florida, okay?”

“I won’t read through all of it but it says all federal legislation sunsets in five years. If it is worth keeping, Congress can pass it again,” the president added. “Translated, if you don’t vote to keep it, you don’t get it. And what do you think they’re going to do when the House Budget Committee start[s] talking about the cost of Medicare and Social Security and why we can’t afford it?”

Biden went on: “That means every five years you either cut it, reduce it or completely eliminate Social Security and Medicare.”

Scott’s plan is not embraced by most Republicans, despite the fact that he is chairman of the National Republican Senatorial Committee.

“You know, you’ve been paying into Social Security since your first job as a teenager,” Biden went on.

“Then there’s Sen. Ron Johnson of Wisconsin. He thinks waiting five years — every five years — is too long to wait. Not a joke. These are actually in writing, okay? He wants to put Social Security and Medicare on the chopping block every single year in every budget. If Congress doesn’t vote to keep it, goodbye.”

Biden’s use of the Rose Garden to deliver the message at his only public event of the day — an event at which he took no reporter questions — followed his former chief spokesperson’s warning to Democrats to try to flip the script ahead of the November elections for Congress.

Psaki, now a MSNBC political analyst, said in an NBC “Meet the Press” segment Sunday that Democrats are “going to win” if “the election is about who is the most extreme.”

“If it is a referendum on the president, they will lose. And they know that. They also know that crime is a huge vulnerability for Democrats, I would say one of the biggest vulnerabilities,” said Psaki, who added that “the economy is hanging over everything” — with inflation at the highest rate since 1981.

On Tuesday, Biden more vaguely swiped at a House Republican campaign agenda called the “Commitment to America” that was rolled out last week.

“Last week, the Republican leader in the House unveiled what he called the’ Commitment to America.’ God bless America,” Biden said. “It’s a thin set of policy goals with little or no detail that Republicans say they’ll pursue if they regain control of the Congress. And in the course of nearly an hour here’s a few of the things that we didn’t hear: We didn’t hear the words Medicare or Social Security.”

Although Biden claimed that the House Republican Study Committee would “cut Medicare and Social Security,” the conservative caucus’ proposed budget says that certain changes actually would save the programs from insolvency.

The Study Committee, of which 156 of 212 House Republicans are members, said, “It is paramount to conservatives to honor Social Security’s commitment and to compensate those Americans and their families for the high taxes levied on them to fund this program.”

The conservative plan would gradually raise the Social Security age from 67 to 70 and would apply a means test to Medicare so that people with higher incomes would pay more money for their healthcare. 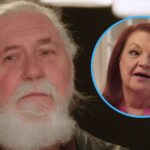 Tony’s Job, How He Makes a Living 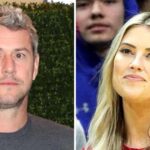