WASHINGTON — Upstate Rep. Elise Stefanik, the No. 3 House Republican, has said GOP lawmakers could move to impeach President Biden next year after investigating his family’s foreign consulting businesses and his “illegal” request that Saudi Arabia delay oil production cuts until after the Nov. 8 midterm elections.

“When there’s an egregious abuse of power and high crimes and misdemeanors, that means anything is on the table,” Stefanik told The Post Monday, adding that the White House’s admitted request that the Saudi-led OPEC+ cartel delay oil output cuts until after Americans vote was a “very egregious, inappropriate and illegal action by the president.”

“I am very concerned about it, but it doesn’t surprise me. The Democrats are absolutely desperate,” Stefanik said of the request. “It is illegal and it will be taken into consideration.”

House Democrats impeached Trump for doing so in 2019, but he was acquitted by the Senate, where a two-thirds majority is needed to remove a president from office. In both cases, US weaponry allegedly served as leverage.

“Understanding the corruption in New York, I think that’s going to be a big, big asset in having a strong oversight strategy for House Republicans,” Stefanik told The Post.

Stefanik, 38, previously led a push to investigate former Gov. Andrew Cuomo after he ordered nursing homes to take COVID-19 patients and then covered up the death count. Last year, she was the first member of Congress to demand Cuomo’s resignation when sexual harassment allegations emerged.

“We need to get to the facts, and I’m particularly concerned about the Hunter Biden illegal acts and really profiting off of the fact that he’s the son of the sitting president of the United States,” she said. “Also, when it comes to the Department of Justice and FBI refusing to prosecute Hunter Biden for clear crimes, there is a lot there for us to investigate and we will follow the facts wherever they lead.”

With Biden holding a veto pen, Stefanik said House Republicans would use their predicted majority to influence policy through oversight while halting new spending proposals and even seeking to claw back funds not already spent from prior Biden legislation, where possible.

“Inflation by far is the number one concern of voters not only in my district, but across the country,” she said.

“What are Republicans going to do? It’s the number one priority and in our ‘Commitment to America‘ — an economy that’s strong. And the first way we start to strengthen the economy is rein in inflation by stopping the reckless spending bills,” Stefanik added. “We absolutely will use that power … to not only claw back this reckless spending, but also put a stop to Joe Biden’s spending proposals … and that will begin to lower the rate of inflation.”

In the next Congress, House GOP oversight efforts are expected to gain significant attention — including efforts to identify visitors to Biden’s Delaware homes, where he has spent more than a quarter of his days as president meeting with unknown individuals.

“Republicans need to stand up for transparency and we need to not hesitate to use our subpoena power and use every tool possible to demand transparency to root out corruption at every single level,” Stefanik said.

Stefanik said that “issuing the subpoenas early is going to be incredibly important” — drawing an implicit contrast with House Democrats, who last week voted to compel Trump’s testimony about last year’s Capitol riot, which is unlikely to happen due to the looming end of their mandate.

The White House did not immediately respond to a request for comment.

Biden isn’t the only official in Republican sights. FBI Director Christopher Wray and Homeland Security Secretary Alejandro Mayorkas are expected to face intense scrutiny over their handling of the Hunter Biden case and the US-Mexico border crisis, respectively.

Impeachment of Biden and others already has been floated by some of the more hard-right members of the House Republican Conference and Stefanik said that there would have to be a decision reached as a group about how to proceed.

“That’s for Republicans as a conference to make, that decision,” she said. “But I’ve been very forward-leaning. I’ve called [it] ‘the Biden crime family.’ I’ve been one of the leaders calling out this corruption and fighting for transparency and the only way we’re going to get that transparency is in a Republican majority when we have subpoena power.”

A Republican focus on investigations is one of the most anticipated changes in Washington next year, due in part to Biden foes pointing to evidence that he was involved in his son and brother’s business dealings, resulting in either corruption or conflicts of interest in his pursuit of foreign affairs.

Joe Biden has repeatedly denied ever speaking with his son about his overseas business dealings, but evidence from Hunter’s own laptop has cast doubt on that assertion.

While vice president, Joe Biden attended a 2015 DC dinner to which his son invited an array of international associates, including Russian billionaire Yelena Baturina and her husband, ex-Moscow mayor Yury Luzhkov, according to Hunter Biden laptop records. Baturina is one of a dwindling number of Russian oligarchs yet to face US sanctions over Russia’s eight-month-old invasion of Ukraine. She paid $3.5 million in 2014 to a Hunter Biden-linked firm, according to a 2020 report from GOP-led Senate committees.

At the same 2015 dinner, a document indicates Joe Biden met with an executive from Burisma, the Ukrainian energy company. And a photo apparently taken at the dinner venue shows Joe Biden and his son with a trio of the then-second son’s Kazakhstani business partners.

Hunter Biden reportedly still owns a 10% stake in the Chinese investment fund BHR Partners, which is controlled in part by Chinese state-owned entities. Hunter Biden co-founded BHR in 2013 about two weeks after flying with his father to Beijing aboard Air Force Two. While in Beijing, Hunter introduced his dad to BHR CEO Jonathan Li. Joe Biden later wrote college recommendation letters for Li’s son and daughter.

In a different Chinese deal, government-linked energy company CEFC paid first son Hunter Biden and first brother Jim Biden $4.8 million in 2017 and 2018, according to the Washington Post. Former Hunter Biden business partner Tony Bobulinski alleged one month before the 2020 election that the elder Biden was directly involved with the CEFC deal before launching his presidential campaign.

Bobulinski said he spoke with Joe Biden in May 2017 about the project and that Joe Biden was the “big guy” described in an email the same month as due a 10% stake in the initiative. A different business associate, James Gilliar, also identified Joe Biden as the “big guy.”

Republicans say Biden is too soft toward China on a variety of issues, including on Chinese exports of fentanyl, which drove a record 107,000 US drug overdose deaths last year. Biden also rarely mentions an interest in determining the origins of COVID-19, which killed more than 1 million Americans after possibly leaking from a Chinese lab.

Since his father became president, Hunter Biden launched an art career seeking as much as $500,000 for his novice works. The White House developed a plan for those sales to be “anonymous” to theoretically prevent possible influence-peddling. Hunter received at least $375,000 last year for five prints at a Los Angeles art show attended by one of his father’s ambassador nominees, Los Angeles Mayor Eric Garcetti. It’s unclear how many additional sales he may have made. 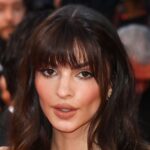 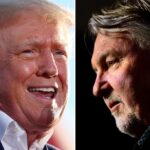