WASHINGTON — Wanna get away?

President Biden left the White House Tuesday night for a tropical vacation in St. Croix to ring in the New Year — as much of the country deals with extreme cold and snowfall that has killed at least 65 people and canceled 10,000 flights since Christmas Eve.

The 80-year-old commander in chief will bask in the Caribbean sun near an in-ground pool at a three-bedroom beachfront villa with sweeping views on the largest of the US Virgin Islands.

Meanwhile, travel chaos, widespread power outages and rising deaths caused by single-digit weather continue across the Midwest and East Coast, but especially in Western New York, where at least 32 people died in Buffalo’s Erie County amid more than 4 feet of snow.

It’s unclear who owns the vacation property or whether Biden will be paying for his stay, though he has a long record of staying for free at the houses of wealthy Democratic donors.

The homeowner declined to identify themselves or disclose whether Biden will pay when contacted through the real estate company that handles leasing.

Biden boarded Air Force One with first lady Jill Biden and two of his grandchildren — Natalie and Hunter — plus first daughter Ashley Biden and her husband Howard Krein. It’s unclear if other members of the family who usually attend such trips, such as scandal-plagued first son Hunter Biden, also are traveling.

The president stayed at the same St. Croix property during prior visits to the US territory during his vice presidency.

Biden visited St. Croix at least five times between 2014 and 2016, according to local news reports, plus at least one additional time to celebrate New Year’s Day fewer than four months before launching his presidential campaign in 2019.

The oldest-ever president said last month that he plans to make a final decision on whether to run for re-election in “early” 2023 after he and the first lady “get a little time to actually sneak away for a week.”

Biden told reporters during a Thanksgiving trip to Nantucket Island that he was “not having any” 2024 discussions with his family during that stay at private equity billionaire David Rubenstein’s compound — where he has stayed twice, presumably for free — as president.

Biden has relaxed gratis at other vacation spots. For example, the president asked to stay for free in August at the $20 million Kiawah Island, SC, vacation home belonging to Maria Allwin, the widow of hedge fund founder James Allwin. Biden had previously stayed there for free after becoming friendly with Allwin during his vice presidency.

Biden has visited the Virgin Islands for years over the winter — leaving behind the cold for temperatures in the 70s and 80s. After he and former President Barack Obama won the 2008 election, Biden visited a property owned by his brother James on the small Water Island near St. Thomas..

It’s the president’s first trip to the Virgin Islands since taking office last year and the convoluted residential address system and property registry of St. Croix protects the owner of the vacation home from having their identity easily deduced.

Biden intended to visit nearby Puerto Rico during his first winter in office — due in part to the anticipated strain of security and press on the smaller Virgin Islands — but had to scrap the trip due to the massive wave of infections caused by the Omicron variant of COVID-19.

If Biden receives the St. Croix stay for free, he’s supposed to disclose the lodging concession on annual financial disclosure forms that are released publicly in May. The form requires the president and vice president to disclose complimentary stays worth more than $390. Ethics experts say the “personal hospitality” reporting exception on that form doesn’t cover instances where the homeowner isn’t present.

Walter Shaub, director of the US Office of Government Ethics under former President Barack Obama, tweeted last year during Biden’s stay at Rubenstein’s Nantucket compound: “Just a friendly reminder, [Biden] will have to pay fair market value for the stay on Nantucket or disclose the gift of free lodging in his annual disclosure in May 2022. I’m not suggesting he wouldn’t, just reminding not to let it slip through the cracks.”

Shaub wrote that “[t]here’s a disclosure exception for personal hospitality, but that only applies if the head of the Carlyle Group [Rubenstein] is staying there with the Bidens. I suspect the WH is all over compliance with the rule — and oblivious to the ethical optics.”

The disclosure rule isn’t strictly enforced, but it could provide an avenue for House Republican oversight when the GOP retakes the lower chamber of Congress next year.

As vice president, Biden did not disclose any gifted St. Croix travel expenses on his annual financial disclosure form. However, he also didn’t list any his free stays at Allwin’s home on Kiawah, despite a source close to the family telling The Post he “never paid.” 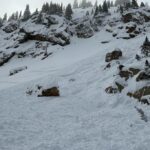 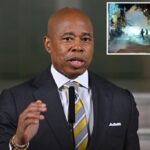