President Biden and the first lady called up service members on Christmas and thanked them for their sacrifices.

The Bidens spoke to members from all six branches of the military who are stationed all over the world during the holidays.

“This Christmas, Jill and I were honored to thank a few brave men and women in uniform for their sacrifices this time of year,” Biden tweeted. “They’re away from their families to protect us. And they have the thanks of a grateful, indebted president.”

On Christmas Eve, Biden attended a mass at the White House with his family and ended the day with an Italian dinner — a Biden family tradition.

A day earlier, he and Jill Biden visited a children’s hospital for their second year in a row.

They stopped by Children’s National Hospital Friday, where the first lady read “The Snowy Day” to sick, injured and recovering kids.

According to the White House, President Biden became the first sitting president to join the first lady during her visit to hospitalized children before Christmas last year.

Biden, who is the second Catholic president, suggested Americans “spread a little kindness” this Christmas ahead of the holiday. 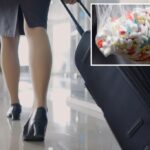 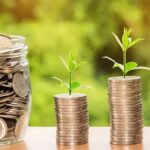