President Biden falsely claimed during a forum that aired Sunday that his embattled student loan debt forgiveness plan was passed by Congress.

Biden made the erroneous statement after he was asked at the youth forum organized by NowThis News what he could do to make college more affordable.

“You are probably aware I’ve just signed a law that’s being challenged by my Republican colleagues … what we’ve provided for is if you went to school, if you qualified for a Pell Grant, you qualify for $20,000 in debt forgiveness. Secondly, if you don’t have one of those loans, you just get $10,000 written off,” the president said.

He then wrongly claimed: “It’s passed. I got it passed by a vote or two, and it’s in effect.”

The president’s student debt relief initiative did not receive a vote in Congress. It was implemented through executive action, not congressional legislation.

The White House attempted to clarify Biden’s remarks on Monday, saying that he was referring to the Inflation Reduction Act, which narrowly passed in the Senate, and claiming that the bill generated the savings used to pay for student loan cancellation.

“The president was referring to the Inflation Reduction Act, which reduced the deficit by hundreds of millions of dollars, creating room for other crucial programs,” a White House official said in a statement to Fox News reporter Jacqui Heinrich.

“As you know, no Republicans voted for the inflation Reduction Act in the House or in the Senate, where it passed by a single tie-breaking vote by Vice President Harris,” the statement said.

The White House’s claim that the president was referring to the Inflation Reduction Act as the legislation that allowed for the student loan bailouts is notable because the Biden administration has previously cited a different piece of legislation, the 2003 HEROES Act, as the legal underpinning of the debt cancelation executive action.

The Biden administration has argued that the HEROES Act, passed after the 9/11 terrorist attacks, allows for the forgiveness of student loan requirements during certain national emergencies, such as the COVID-19 pandemic. 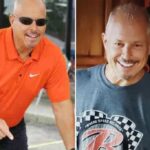 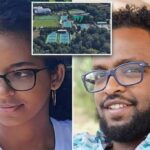