“I don’t think we can exclude the possibility without knowing more of the facts,” U.S. Rep. Adam Schiff (D-Calif.) told ABC News’ Jonathan Karl when asked if Biden may have “jeopardized” national security by taking the documents.

“We have asked for an assessment in the intelligence community of the Mar-a-Lago documents,” Schiff said. “I think we ought to get that same assessment of the documents found in the think tank, as well as the home of President Biden.”

Schiff said he would “reserve judgment” on whether Biden should have been more forthright about the discovery of the documents on the eve of the midterm elections in November. The White House did not disclose the discovery until reports of a Justice Department probe emerged last week.

Biden’s personal lawyers discovered the documents while going through an old storage unit, the White House revealed Monday. Meanwhile, the records at Biden’s Delaware home were kept in the garage next to his prized classic Corvette.

Speaking on ABC, Schiff defended Biden’s response to the document discovery in contrast to Trump’s alleged mishandling of documents found at Mar-A-Lago.

“This is a very different matter, but nonetheless I think it’s appropriate for a special counsel to look into both situations.” 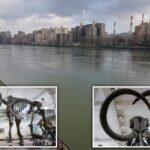 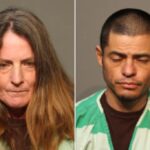