House Speaker Kevin McCarthy said Democrats “overplayed their hand” in how they criticized former President Donald Trump for keeping classified documents at his Mar-a-Lago resort in Florida in light of a report that sensitive records were found at a DC institute where President Biden once had an office.

“I just think it goes to prove what they tried to do to President Trump overplayed their hand on that,” McCarthy (R-Calif.) told reporters Monday after the news broke about the documents discovered at the Penn Biden Center for Diplomacy and Global Engagement.

“They’ve been around even longer,” McCarthy said, referring to Biden’s staffers. “President Trump had never been in office before and had just left, came out. Here’s an individual who spent his last 40 years in office.”

“It just shows that they were trying to be political with President Trump,” he added.

McCarthy reacted incredulously when asked by reporters about the differences in the two cases because Biden’s lawyers “immediately” turned the documents over to government officials.

“Oh, really? They just now found them after all those years,” McCarthy said.

Rep. Jim Jordan (R-Ohio), the incoming chair of the House Judiciary Committee, said he wants to see more information about the type of documents found at Biden’s former office before deciding whether to launch a probe. ​

But he pointed out the differences in how the two cases were handled.​

“It’s always one set of rules for President Trump — they literally raided his home 91 days before the midterm election — and a different standard, it seems, with President Biden. So, we’ll go from there,” Jordan said.

Biden’s personal lawyers found the documents at the institute on Nov. 2, 2022, while they “were packing files housed in a locked closet to prepare to vacate office space,” according to a statement from Richard Sauber, special counsel to the president.​

“A small number” of documents bearing classified markings ​were from when Biden, 80, was serving as vice president in the Obama administration.

The material was reportedly stored in a folder inside a box of other unclassified papers.

He said the White House counsel’s office alerted the National Archives and Records Administration on the day of the discovery and the federal agency took possession of them the next day and continues to cooperate. ​

Biden did not respond to questions about the classified documents during his summit Monday evening with Mexican President Andres Manuel Lopez Obrador in Mexico City.

The FBI raided Mar-a-Lago on Aug. 8, 2021,  and recovered boxes of classified documents in Trump’s office and a storage room at the Palm Beach resort.

The National Archives said it found 150 classified documents in materials it received from the former president that January after it ​contacted Trump lawyers in an effort to retrieve documents taken when he left the White House the previous year.

In the Biden case, Garland tapped Chicago US Attorney John Lausch, a Trump appointee, to review the materials. 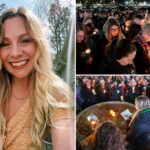 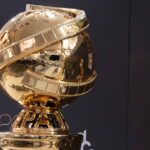