President Joe Biden declared a state of emergency for Florida on Saturday as Tropical Storm Ian gained strength and barreled toward the Sunshine State.

Biden’s declaration came after he delayed a trip to southern Florida scheduled for Tuesday, when he was set to discuss health care in Fort Lauderdale and then attend a Democratic National Committee event in Orlando, the Miami Herald reported.

The declaration authorizes the Department of Homeland Security and FEMA to coordinate disaster relief efforts and provide assistance, according to the White House.

Florida Gov. Ron DeSantis issued a state of emergency and mobilized the state’s National Guard earlier in the day as Ian gained strength.

The storm was expected to become a hurricane Sunday, and pass over western Cuba on a likely path to the west coast of Florida by the middle of next week. The National Hurricane Center has urged residents to have hurricane plans in place

Ian follows Hurricane Fiona which ravaged Puerto Rico before slamming into Canada this weekend as a post-tropical cyclone. 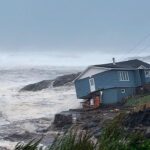 Fiona sweeps away houses, knocks out power in eastern Canada 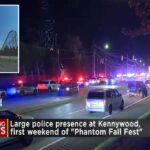