WASHINGTON — President Biden joked Monday at the traditional pre-Thanksgiving turkey pardon that the only “red wave” of 2022 would be the sloshing of cranberry sauce, making light of Republicans underperforming expectations in the midterm elections — even as grim stats showed the holiday feast getting even more expensive this year.

“There’s no ballot stuffing, there’s no ‘fowl’ play,” Biden said on the South Lawn of the White House. “The only red wave this season is going to be if our German shepherd Commander knocks over the cranberry sauce on our table.”

The president spoke only briefly — saying he didn’t want to “gobble up too much time” — before pardoning two large, white-feathered turkeys named Chocolate and Chip.

“Of course chocolate is my favorite ice cream,” Biden told his guests.

The North Carolina farmer who raised the birds told Biden his business raised 9.5 million turkeys this year, prompting the president to say, “God love you, 9.5 million turkeys. I tell you what, that’s like some of the countries I’ve been to.”

Biden got serious to conclude the event, saying, “We can’t forget the reason for Thanksgiving in the first place. The Pilgrims thought was pretty important in tough times to come together and thank God, to be grateful for what we have. That’s what the Thanksgiving tradition is all about.”

Biden spoke as inflation remained at its highest sustained rate since the early 1980s — nudging lower to a 7.7% annual increase in consumer prices in October, down from a peak of 9.1% in June.

White House chief of staff Ron Klain put a rosy spin on economic woes, writing in a Monday morning tweet, “As you hit the road for Thanksgiving, some good news: gas prices are falling in most parts of the country, sharply. — 1 in 10 pumps are below $2.89 — Several states down from Thanksgiving 2021 — Most common price is $3.29.”

Klain did not mention that the current average price of a gallon of gas stood at $3.66 as of Monday, according to AAA — more than 25 cents higher than last year at this time.

Meanwhile, Thanksgiving food prices are expected to be significantly higher, according to the Farm Bureau. The average cost to prepare a holiday meal for 10 people is more than $64 this year, the bureau said — up $10.74, or 20%, in the past year.

Biden again faced requests for him to grant clemency to human beings in conjunction with the meat industry-sponsored turkey pardon.

“The turkeys that President Biden will pardon have names. So do the thousands of cannabis prisoners stuck in both federal and state jails,” said Nikolas Schiller, a prominent marijuana activist who protested outside the White House last month to push Biden to honor his campaign pledge to release the roughly 2,700 federal marijuana inmates.

“Pardoning turkeys instead of humans is offensive,” another cannabis activist, RachelRamone Donlan, said in a statement released by the group DC Marijuana Justice. “There are thousands of human beings locked inside of cages, some serving life sentences for what is now legal, and it’s time for them to come home.”

Biden in October issued one of the largest mass pardons in US history to the roughly 6,500 people convicted federally of simple marijuana possession, as well as unknown thousands more convicted of simple possession under local DC law — but the blanket clemency freed nobody from prison.

Federal cannabis inmates, who are generally jailed for distributing the drug, told The Post they were stunned that Biden excluded them from the mass clemency, despite vowing on a 2019 Democratic primary debate stage to free “everyone” in prison for pot without specifying only low-level possession.

“Try to imagine sitting in a cell for a cannabis conviction during the holidays and having to watch the turkey tradition on television while you age out in a prison cell missing the birth of a grandchild,” said Amy Povah, founder of the CAN-DO Foundation.

Among the inmates championed by clemency advocates are Pedro Moreno, 62, who was sentenced to life without parole in prison for distributing marijuana imported from Mexico from 1986 to 1996. Another inmate, Luke Scarmazzo, 42, has served 14 years of a 22-year sentence for running a California dispensary.

Last year, Biden laughed off a question about freeing people for the holiday.

“Will you be pardoning any people in addition to turkeys?” The Post asked Biden as he returned to the White House after receiving a physical and colonoscopy at Walter Reed Medical Center near Washington.

Biden pointed at the reporter and joked, “Are you — you need a pardon?” and in response to a follow-up question about whether he would free pot inmates, Biden said, “Just turkeys.”

This year’s turkey pardon occurred on the large South Lawn — rather than the more intimate Rose Garden — and featured visiting school children and North Carolina officials. First dog Commander eyed the turkeys from the Truman Balcony, but reporters were able to see almost nothing due to poor advance planning in the latest press-access dust-up — prompting some reporters to leave early to cover the remarks from their desks. 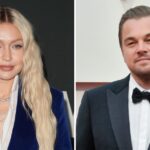 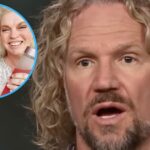 Sister Wives’ Kody Says Janelle Is ‘Rejecting’ Him For Christine