President Biden told an audience in Puerto Rico Monday that “I was sort of raised in the Puerto Rican community at home, politically” — despite the fact that only about 2,000 people of Puerto Rican ancestry lived in Delaware when he was launching his career five decades ago.

Biden has a habit of inflating his personal connection to audiences and made the claim while pledging Hurricane Fiona recovery aid during a trip to Ponce on the island’s southern coast.

“We have a very, in relative terms, a large Puerto Rican population in Delaware relative to our population,” Biden said in an unscripted aside. “We have the eighth largest black population of the country and between all minorities we have 20% of our state [that] is minority. And so I — I was sort of raised in the Puerto Rican community at home, politically.”

Biden, 79, was first elected to the US Senate in 1972 — two years after winning election to the New Castle, Del., County Council.

According to the 1970 US Census, Delaware had about 2,154 people who were either born in Puerto Rico or descended from Puerto Rican parents — roughly 0.39% of the First State’s population of nearly 550,000 at the time.

The number of Puerto Ricans in Delaware reached 4,857 — .81% of the state’s population — by the time Biden was serving his second term in the US Senate in 1980, according to that year’s census.

Biden did not describe any links to Puerto Ricans in Delaware in his 2007 memoir “Promises to Keep” and the White House did not supply any examples in response to a request for comment from The Post.

Although Delaware had an extremely small Puerto Rican community, Wilmington’s port was a common destination for emigrants from the island — though it’s unclear if Biden interacted with those migrants.

The Wilmington Morning News reported in 1969 on a panel discussion that described the city’s port as the third-ranking East Coast destination for Puerto Rican migrants after Miami and New York City.

Over time, the Puerto Rican population of Delaware grew. The state is now about 10% Hispanic, the Census Bureau estimates. The Pew Research Center says about 55% are of Hispanic Delaware residents are Puerto Rican, suggesting that close to 50,000 of the state’s current population has roots on the island.

Biden has faltered before when attempting to demonstrate a close connection to minority groups and other constituencies.

Biden last September told Jewish leaders that he remembered “spending time at” and “going to” Pittsburgh’s Tree of Life synagogue in 2018 after the worst anti-Semitic attack in US history, in which 11 people were murdered. The synagogue said he never visited and the White House later said he was thinking about a 2019 phone call to the synagogue’s rabbi.

In January, Biden told students at historically black colleges in Atlanta that he was arrested multiple times while protesting in favor of civil rights — another claim for which there is no evidence.

Biden said at the Naval Academy’s graduation ceremony in May that he was appointed to the military school in 1965 by the late Sen. J. Caleb Boggs (R-Del.). A search of Boggs’ archives failed to turn up evidence of the appointment.

And Biden has told at least eight times as president a chronologically impossible tale involving a former Amtrak conductor to underscore his love of passenger rail — most recently last month while hosting union negotiators in the Oval Office to celebrate the aversion of a major rail strike.

Although Biden is the oldest-ever president, causing his mental acuity to frequently feature in public debate, he’s also had a decades-long record of making incorrect statements about his own biography.

Biden dropped out of his first presidential campaign in 1988 due to a scandal involving plagiarism of speeches and a law school paper and controversy about claims he made about his academic record. 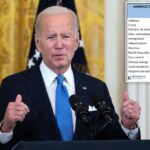 Biden gets poor marks on pivotal issues, like inflation, ahead of midterms: Poll 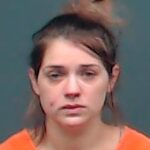