Biden was visiting the Hudson Valley to celebrate IBM’s plan to spend $20 billion locally over the next decade on research, development and production of high-tech semiconductors and computers when he veered into overt partisanship during his remarks about the recently passed $280 billion CHIPS and Science Act.

“China is trying to move ahead of us in manufacturing,” the president said. “It’s no wonder, literally, the Chinese Communist Party actively lobbied against the CHIPS and Science that I’ve been pushing … The Communist Party of China was lobbying in the United States Congress against passing this legislation. And unfortunately, some of our friends on the other team bought it.”

The president did not mention that the legislation passed Congress with significant bipartisan support in both chambers. He also did not mention that his son, Hunter, reportedly still owns a 10% stake in the Chinese investment fund BHR Partners, which is controlled in part by state-owned entities.

Hunter Biden co-founded BHR in 2013 about two weeks after flying with his father to Beijing aboard Air Force Two. While in China, Hunter introduced his dad to BHR CEO Jonathan Li. Joe Biden later wrote college recommendation letters for Li’s son and daughter.

“This allows us to push back at the Republican narrative that we’re tax and spend and not pro-business,” Hochul could be heard saying into a hot mic during the event — linking Biden’s visit to the Nov. 8 midterm elections.

“To be clear, the CHIPS and Science Act is not handing out blank checks to companies,” Biden added. “We’re gonna make sure that companies that take these taxpayers dollars do not turn around and make investments in China investments that undermine our supply chains and that security guarantee. Because in this law, I have the power to take back any federal funding from these companies if they don’t meet these requirements.”

“The Hudson Valley could become the epicenter of the future of quantum computing — the most advanced and fastest computing ever, ever seen in the world,” the president said.

“Quantum computing has the potential to transform everything from how we create new medicines, to how we power artificial intelligence and cybersecurity is technology that is vital to our economy, and equally important to our national security.”

Krishna described Biden’s visit as part of a broader history of US government support for domestic enterprise, noting links to the Apollo space program and even Social Security processing systems.

“Seventy-four years ago, Dwight Eisenhower opened one of the buildings on the site,” he said. “And he called it dedicating his building to the future of America. I think that’s what we’re seeing here.”

Rep. Sean Patrick Maloney (D-NY), whose district included Poughkeepsie and attended the event, told reporters that “we’re bringing ten of thousands of good manufacturing jobs to New York because of the CHIPS and Science Act — we’re going to lead the world again, in manufacturing, especially for the jobs of the future, whether you have a high school degree or a Ph.D. ”

Maloney’s Republican challenger, Assemblyman Mike Lawler, told The Post that the Democrats are to blame for national woes including high inflation.

“Sean Patrick Maloney has voted 100% of the time with Joe Biden. He’s given us record inflation, surging crime, a porous southern border, and skyrocketing energy costs,” Lawler said. “Clearly, he’s proud of the Biden agenda and doubling down on his failed record. Voters won’t forget on November 8th.”

Dutchess County Executive Marc Molinaro, a Republican running to represent the next-door 19th Congressional District, told The Post before the event that “it seems obviously clear that there was a desire to to bolster Democratic candidates in the Hudson Valley.”

Biden “also has to talk seriously as to all of our colleagues about the real challenges facing people the inability to pay bills, the rising cost of home heating, gas prices are going to be on the climb again, and we see crime in our streets and have to be confronted,” Molinaro added. 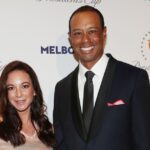 Who Is Tiger Woods Dating? Meet His Girlfriend Erica Herman 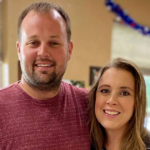