President Biden has called on embattled Los Angeles Councilwoman Nury Martinez and other council members present when she made racist remarks to step down, the White House said.

Press Secretary Karine Jean-Pierre said Biden believes “they all should” resign in light of the Martinez’s comments where she called a colleague’s young black son “that little monkey” in Spanish.

“Look, the president is glad to see that one of the participants in that conversation has resigned,” Jean-Pierre said during a press briefing Tuesday, following the resignation of city labor chief Ron Herrera, who was present when the remarks were made.

Martinez’s conversation with other Latino leaders was originally posted on Reddit and saw her making claims including how Councilmember Mike Bonin’s son “needs a beatdown” and was being raised like a “little white kid.”

The Democrat, who is Latina, also called the child, then just shy of 3-years-old, “su negrito” which is a derogatory term in Spanish for a black person.

She also called Bonin, who is white, a “little b—h” at one point.

Martinez stepped down as council president, but remains on the city council as a member, though calls from inside and outside of LA persist that she should leave her post completely.

Two other councilmembers, Gil Cedillo and Kevin de León, were part of the conversation in Oct. 2021 where they talked about proposed restricting maps with a top LA County labor official.

Jean-Pierre said the language used and tolerated by the other council members during the cringe-worthy conversation was “unacceptable.”

“And it was appalling,” she bluntly said.

“They should all step down and here’s the difference between Democrats and MAGA Republicans: when a Democrat says something racist or anti-Semitic, we would — we hold them, we hold Democrats accountable.

“When a MAGA Republican says something racist or anti-Semitic, they are embraced by cheering crowds and become celebrated and sought-after endorsements.”

Martinez said she is taking a leave of absence, according to reports.

“This has been one of the most difficult times of my life and I recognize this is entirely of my own making,” Martinez said in a statement, according to ABC News.

“At this moment, I need to take a leave of absence and take some time to have an honest and heartfelt conversation with my family, my constituents, and community leaders. I am so sorry to the residents of Council District 6, my colleagues, and the City of Los Angeles.” 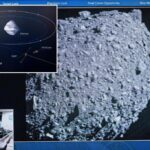 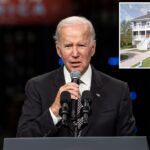