Presidents frequently speak directly with governors during emergency events — both to demonstrate political unity and to help coordinate federal and state relief efforts.

DeSantis is a potential 2024 Republican presidential candidate and has frequently criticized Biden’s performance.

Biden “underscored his commitment to the people of Florida and made clear that impacted communities will have the full support of the federal government to augment state and local emergency response efforts,” Jean-Pierre added.

Deanne Criswell, administrator of the Federal Emergency Management Agency, joined Biden for his calls with the mayors and Criswell said Biden delegated to her the responsibility of liaising with DeSantis on Friday.

“The president directed me to contact the governor early on before we even did the declaration. I did that,” she said. “My regional administrator is with the governor right now making sure that we’re understanding what the needs are and our focus is on the current life safety needs.”

Criswell also warned that the hurricane could dump 25 inches of rain in parts of Florida amid a significant storm surge and 125-mile-per-hour winds.

“By the time it reaches the shores of Florida, the storm is going to slow down to approximately 5 miles per hour and this is significant because what this means is that Floridians are going to experience the impacts from the storm for a very long time,” Criswell said.

When pressed by reporters about whether Biden was allowing politics to impede federal assistance, Criswell said, “We do not bring politics into our ability to respond to these disasters.

“We are going to support whatever Gov. DeSantis asks of us.” 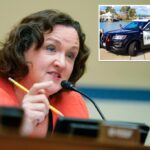 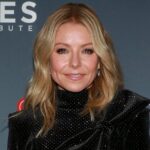